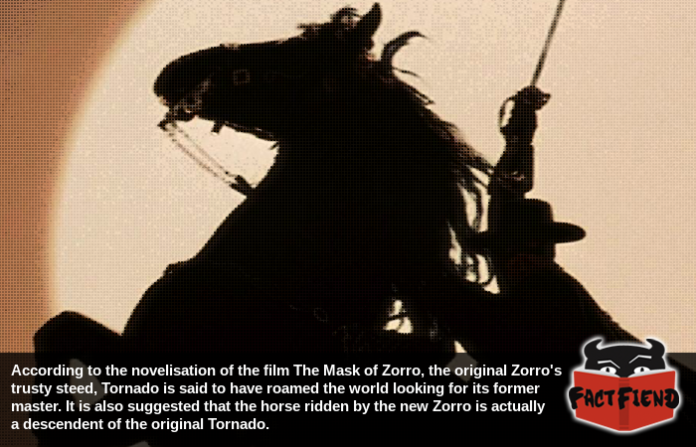 Zorro is a character well known for three things, his trademark cape and hat combo, his love of beautiful, buxom women and his trusty steed, Tornado. A horse so committed to his master that he went on a decade long quest to find him.

First things first though we should clarify the specific version of Zorro we are discussing because the character has been re-imagined a number of times over the years an there are slight differences between both the character and his beloved horse in each. Specifically then we are discussing the version of Zorro that appeared in the 1998 movie, The Mask of Zorro. In which Zorro is played by both Anthony Hopkins and Antonio Banderas, with the former wearing an shade of fake tan that can only be described as, uncomfortable given that Zorro is supposed to be a Hispanic noblemen. 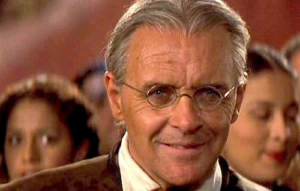 Moving on, in the film the original Zorro (played by Hopkins) is captured, imprisoned and stripped of his nobility. After escaping prison Hopkins-Zorro returns home to find his once palatial residence in ruins and the majority of his Zorro stuff, including, Tornado, gone. The disappearance of Tornado is shown to be a great blow to Hopkins-Zorro due to both the horse’s loyalty as well as the fact it is described as being unnaturally fast and intelligent. As a bonus the horse is also jet-black which, combined with its speed, made slipping away into the night like a ninja on a bad date, a breeze.

Now what exactly happened to Tornado is never revealed in the film, which is a shame because according to the novelisation of the movie, Tornado got busy. 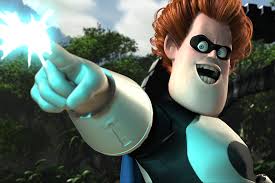 In particular the book, which is basically just the plot of the film with more details crammed in so it fills 200 pages, Tornado was so distraught at the loss of its master that it roamed the area surrounding Zorro’s mansion awaiting his return. How long Tornado waited isn’t made clear, but the horse is noted to have waited for “as long as possible” before simply wandering away like Bruce Banner at the end of an episode of the Incredible Hulk.

But Tornado’s story doesn’t end there because you see, in the film Hopkins-Zorro is eventually replaced by Antonio Banderas who, to better sell himself as the daring and dashing hero of legend, steals a jet-black Andalusian that reminds him of the original Tornado. Here’s the thing though, the film’s novelisation heavily suggests that this new horse doesn’t just look like Tornado. It might very well actually be the offspring of the original Tornado. 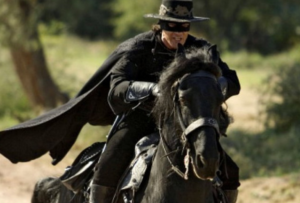 A detail that suggests the bond between Zorro and Tornado was such that even Tornado’s offspring was drawn to a man dressed like Zorro just so that a man dressed like a fox could continue to sneak into the houses of criminals at night and literally whip the shit out of them.