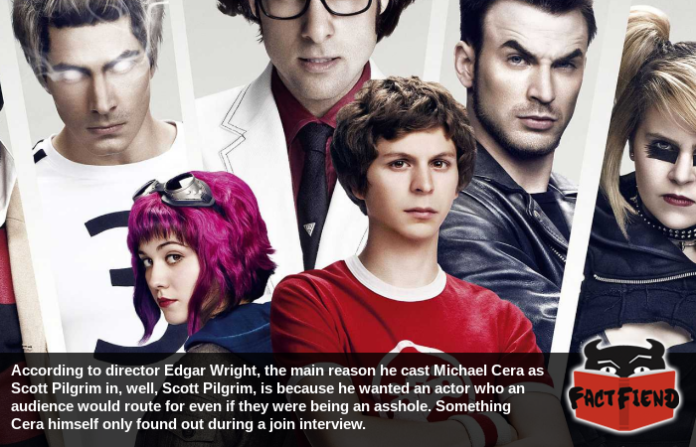 Despite being a critical darling and a well regarded cult classic, Scott Pilgrim vs. the World was famously a massive financial disappointment for the studio. Which is a shame considering the amount of effort put into the film’s casting. For example, Michael Cera was cast because it was believed he was the best choice to play a loveable, downtrodden asshole.

That asshole is the titular Scott Pilgrim, an awkward shaggy-haired musician who, despite his skinny frame, possesses incredible superhuman capabilities. 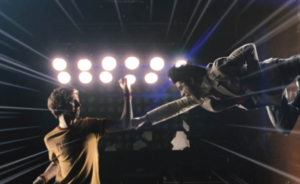 Now while the fight scenes of the film and the graphic novel that inspired it are a selling point, the thrust of the narrative is Pilgrim’s quest to get laid. Specifically the character falls for one Ramona Flowers, a delivery girl who can travel through time and space and wields a megaton hammer that does extra damage when swung at Mach 3 into the faces of the fairer sex. 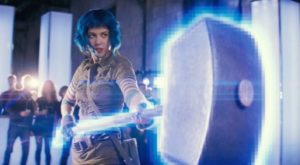 The problem is that Pilgrim tries to get his fuck on with Flowers when he’s still dating another girl. Which on its own is a pretty big dick move but gets just a little worse when you realise that the girl he’s cheating on is like, super adorable. 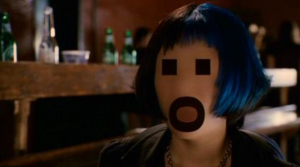 This left director, Edgar Wright in a pretty precarious position when casting Pilgrim because he needed an actor audiences would naturally want empathise with, even when they were acting like a huge swaggering dickhole. A fact that led to Wright casting Michael Cera, an actor he figured could convincingly pull off Pilgrim’s unique blend of charming and pathetic, since well, that’s Cera’s thing.

The rub her though is that Cera didn’t actually realise that this was the reason he was cast in the movie until Wright casually mentioned it during a joint interview. With Wright dunking on Cera just a little harder by additionally stating that one of the key reasons he believed Cera would be the best person to play a dorky, likeable asshole was due to him being Canadian.

Being Canadian though, Cera took this quip in his stride, giving Wright a moment to clarify that he saw Cera’s Canadian-ness as a boon because of his muted, flaccid reaction to every fantastical element of the film, which he found hilarious.