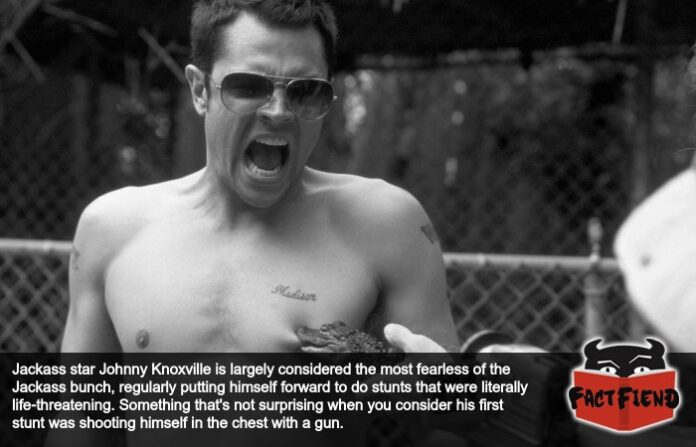 On Fact Fiend we have an infrequently updated series detailing the misadventures of numerous people, animals and fictional characters who are seemingly incapable of giving a lone, solitary fuck. Today we add Jackass star Johnny Knoxville to that pantheon of non-fuck-giving legends, a man who once shot himself in the chest. For a joke.

If you were alive in the early 2000’s, or are a fan of this site, you’re likely already intimately familiar with both the format and legacy of Jackass so we’re just going to get right to it and talk about why Johnny Knoxville is an absolute fucking mad man to the point even his co-stars have found themselves questioning his sanity and willingness to subject himself to bodily harm because he thinks it will be funny. Most of which takes place behind the scenes but does, on occasion, find its way into skits that made it to air. 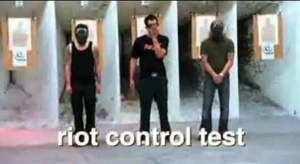 For example, in the footage of the above skit (which for anyone who doesn’t remember involved standing in front of a “less than lethal” anti-everything mine), you can clearly see that everyone on set that day was hesitant to even witness the stunt, let alone take part in it with one member of the crew stating quite succinctly, “it’s just too gnarly” while sporting a look we can only describe as “moments away from shitting their pants in fear“. 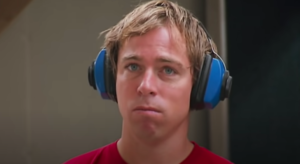 In contract, Knoxville was not only not bothered by standing in front of something designed to incapacitate an entire street’s worth of terrorists by launching rubber balls of condensed agony directly into their major extremities, but laughed about the idea of being hit by it and refused any protection for his face and groin besides his own hands. 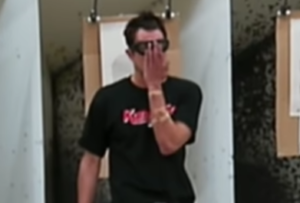 Which is where you might be tempted to say, well, this was for a movie he was being paid like a million dollars to appear in, surely in his day-to-day life he’s more careful, right? Well to counter that we’d like you to consider a story told by Jimmy Kimmel when he visited Knoxville’s office and noticed that he was sporting two painful-looking black eyes. Kimmel, expecting to hear a story about a stunt gone wrong, enquired about how Knoxville’s eyes got all fucked up and was astounded to learn Knoxville had asked a friend to punch him in the face several times just so that he’d have black eyes for the picture I.D. he needed to get onto the production lot.

None of which is surprising if you consider that Knoxville’s career started with a stunt so dangerous MTV outright refused to air it. Keep in mind that same network aired footage of Knoxville literally taking a sledgehammer to the balls. 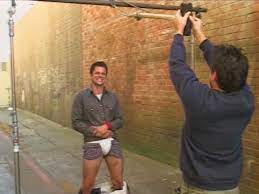 So what was the stunt? Well, it was actually part of a larger skit dubbed Self Defence, which feature Knoxville testing various pieces of self defence equipment on himself including pepper spray, a taser and a stun gun. The latter being tested whilst he charged a man carrying an American flag which is just, a beautiful image. 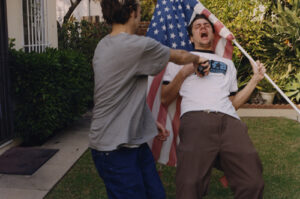 Now while the stunt did air as part of the first season of Jackass its actual origins was an article Knoxville wrote for the obscure skater magazine Big Brother, from which most of the Jackass crew hailed oddly enough. Anyway, the story goes that Knoxville pitched the article to various magazines, all of whom turned it down for being either too dangerous or stupid, with the only person willing to even hear Knoxville out being the editor of the aforementioned magazine and fellow Jackass alumni, Jeff Tremaine, who not only greenlit the article, but advised Knoxville to film it. In effect, planting the seeds of what would eventually become Jackass.

Moving on, the stunt as it appeared in Big Brother was identical save for one thing, it had an extra part where Knoxville tested the effectiveness of a bulletproof vest, by shooting himself in the heart with a gun. If you’re currently wondering why Knoxville had to shoot himself, the idea was to have someone else do it but nobody there that day was willing to, quite literally pull the trigger. 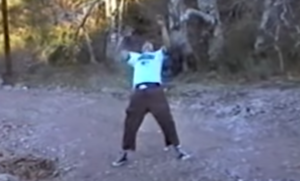 It somehow gets worse though because at the time, Knoxville wasn’t exactly swimming in cash. In fact, he only did these stunts in an attempt to earn some money for his young family after acting didn’t pan out. This meant that Knoxville didn’t have enough money to buy a good bulletproof vest, instead buying, in his own words, “the cheapest vest possible” and then shooting into it from point blank range with a fucking gun.