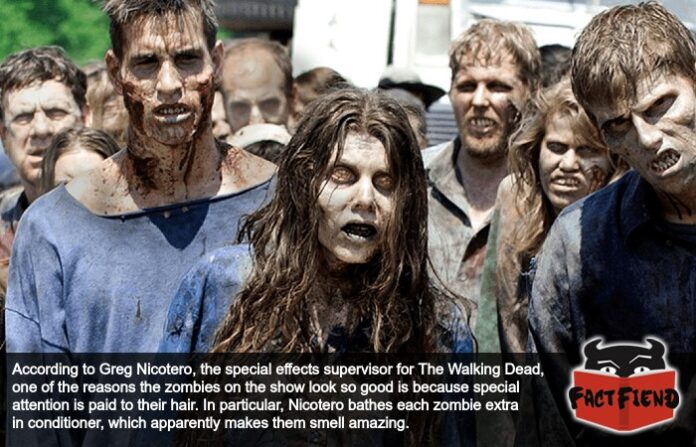 Somewhat fittingly for a show filled with hundreds of rotting, decayed corpses, The Walking Dead is a bloated, shambolic mess just waiting for someone to drive a broken golf club shaft clean through its skull. While the show isn’t exactly a ratings smash anymore, it still has some pretty gnarly looking zombies in it, all of which apparently smell incredible

To explain, for almost the entire time it has been on the air, The Walking Dead has been consistently lauded for the quality of its special effects, in particular how fucked up and grotesque the titular walking dead look with most every episode having at least one zombie extra that looks it lost a fist fight with an upturned lawnmower. 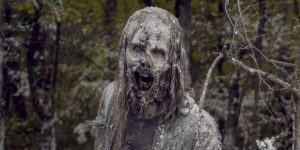 This frankly astonishing level of detail in regards to the destruction of the human form is almost entirely due to the input of seasoned zombie expert, Greg Nicotero. A man who cut his teeth on George Romero’s Day of the Dead under the direct tutelage of level 90 special effects master, Tom Savini. 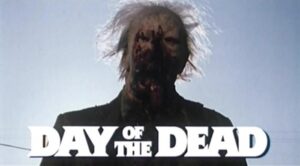 Anyway, as you might imagine give his résumé and proximity to the guy who invented the genre, Nicotero has a talent for not only making good-ass looking zombies, but for making them look as though they’ve deteriorated in a semi-realistic fashion that makes sense both geographically and chronologically. In effect, using the zombies to, somewhat ironically, flesh out the world of the show.

For example, zombies encountered in rural areas are notably more decayed than ones encountered in more urban ones. Whilst there’s no explicit explanation for this in the show, the implication is that the higher concentration of animals and insects in the woods has resulted in greater levels of decay in the walking corpses seen throughout the series.

Likewise, as the show has gone on, zombies have become noticeably more desiccated and show ever-increasing levels of bodily annihilation, showcasing the ravages of time on the walker population in the most literal way possible. Again this is never mentioned in the show, only hinted at through its visuals, but Nicotero still felt compelled to add that detail to make the world feel more lived in and realistic.

Speaking of details, one thing Nicotero feels especially strongly about in regards to zombies is their hair. Specifically, how good it usually looks in stark contrast to the rest of their appearance. 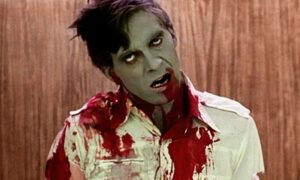 For this reason, one thing Nicotero ensures when making up zombies for The Walking Dead is that each and every one of them is slathered in pounds upon pounds of hair conditioner, which paradoxically makes it look like it hasn’t been washed in months. Which, for a zombie, would be true and is the reason why most every zombie in the show has such lank, greasy hair.

According to Nicotero an unexpected and quite welcome side effect of covering every extra in gallons of conditioner is that crowds of zombie extras, contrary to their appearance, smell amazing. Or at least they do before they have to cram several pounds of pickled ham into their mouth when they’re pretending to eat people’s insides.