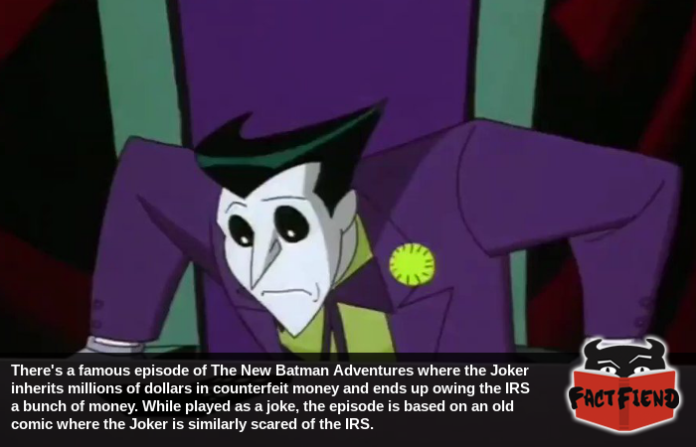 There aren’t many characters in fiction who give as few fucks as the Joker, a character who in one of his most famous incarnations burned a literal mountain of money purely as a flex. However, at least according to one of his earliest incarnations, there is something the Joker fears. The IRS.

You see, while the canon of the DC Universe is admittedly spotty as all hell and has been rebooted so much that it probably runs on Windows 10, one constant has been that the Joker is (quite fittingly) a wildcard who plays by his own rules. He’s also a figure that is revered in the criminal underworld for his various criminal exploits.

Not that the Joker cares about any of this seeing as he is, in nearly every interpretation, a completely batshit insane agent of chaos who thrives on the discord and disharmony he causes. A fact that makes it kind of amazing that even the Joker pays his taxes.

To explain, there’s an old comic from the 1950’s titled Joker’s Millions in which the Ace of Knaves inherits several millions dollars from a fellow criminal which he of course puts in a giant pile and rolls around in. Because the Joker might be insane, but even he understands that sometimes you just have to ball as hard as possible. 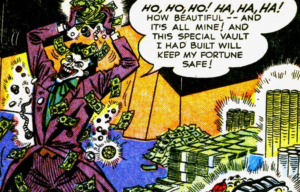 The twist though is that all of the money is fake, which the Joker discovers after he spends all of it. So why is this important? Well, the Joker doesn’t want people to know that he’s been tricked so is forced to pretend that he money was real mean and as a result, is liable to pay taxes on it. Now while you’d think the Joker of all characters wouldn’t give a shit about the threat of being sent to jail for something as pedestrian of tax evasion given that he spends his weekends in Arkham, he’s actually fucking terrified of the prospect. 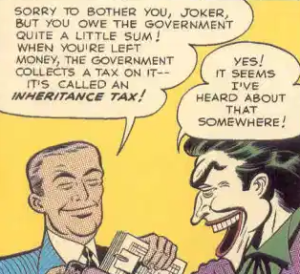 Exactly why the Joker is scared isn’t clear, though a popular fan theory that seems credible is that you can’t plead insanity for financial crimes, meaning there’s a real possibility that he could actually go to jail if charged. On the other hand, since Batman is a vigilante, none of the evidence he collects is admissible in court, which coupled with the Joker’s obvious insanity, basically means it’s impossible for the police to get a charge to stick. A fan theory we particularly like because it also explains why the Joker seems to waltz out of Arkham whenever the fuck he feels like it.

Anyway, the Joker ends up going back to a life of crime purely to try and pay off his debt to the government, going as far to avoid leaving any of his usual calling cards purely to avoid arousing suspicion. Meaning yes, the Joker is so afraid of the IRS it’s the only thing that can actually make him take crime seriously.

While admittedly this story is from the 1950’s, the idea of the Joker being scared of the IRS is referenced occasionally in later Batman media. The best example being The New Batman Adventures, which features an adaptation of the story in which the Joker kicks down the fourth wall just to let the audience know that even he wouldn’t fuck with the IRS. Which is just amazing.