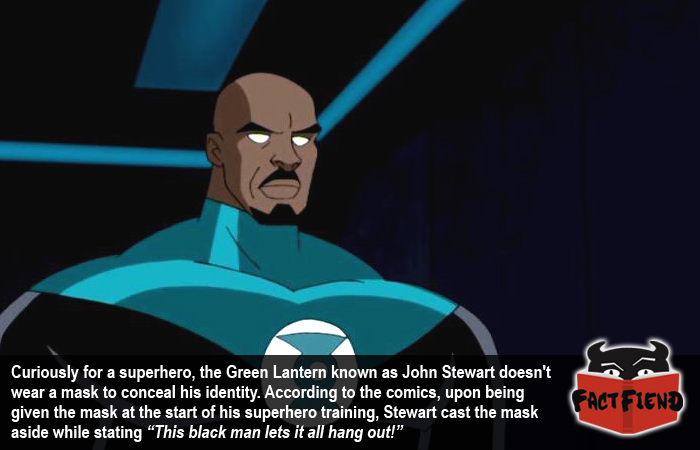 With that out of the way, we should probably explain who in the hell John Stewart is for the 80 people reading this who didn’t watch, Justice League Unlimited. In essence, John Stewart is one of the several human males in the DC universe to assume to role of a Green Lantern. If for some reason you also have no idea what a Green Lantern is, they’re superheroes who use magic rings to create giant magic fists (or constructs) to fight crime. The shape and form of these constructs is apparently only limited by a given Green Lanterns imagination and will, meaning they can create virtually anything they want, regardless of how stupid it may sound or seem.

Curiously in the case of John Stewart, he’s noted as being able to create some of the most powerful constructs in the known universe, thanks in part to his background as an engineer which means that he can imagine every last part of his constructs “down to the last bolt“.

As noted above, oddly for a Green Lantern and indeed a superhero, Stewart doesn’t wear a mask to conceal or otherwise protect his identity, openly and proudly showing the world who he is. The reason for this, according to Stewart himself is that he has “nothing to hide” and thus doesn’t feel like he needs to wear a mask. However, because Stewart’s character was introduced to the comic in the 70’s he of course preceded this with a line about how black he was.

As cringe worthy as that image is, DC writers have stuck to their guns and never drawn Stewart with a mask, even in alternate universes like the Justice League TV show we mentioned earlier. Sure you could argue that Superman doesn’t wear a mask either, but as we’ve mentioned before, nobody knows Superman even has a secret identity anyway. Stewart knows people will be able to figure out who the hell he is and he just doesn’t give a shit, because he’s a strong, independent black man who apparently doesn’t need a mask. 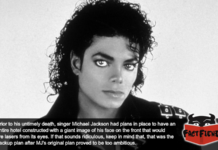 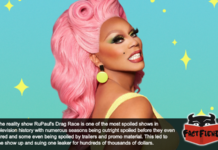 That time a show sued someone, over spoilers