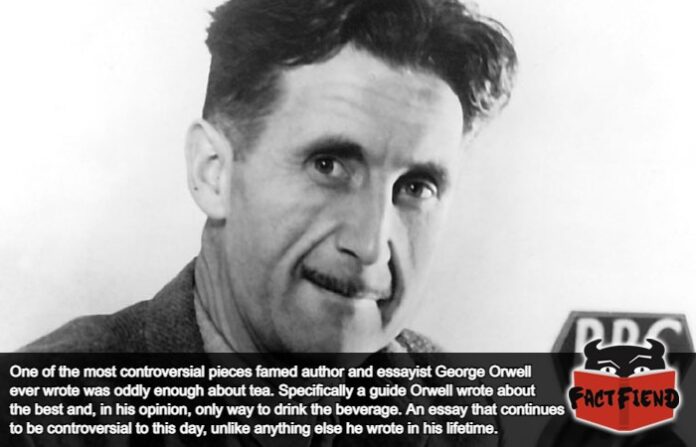 George Orwell is like the Wikipedia of authors in that he’s often cited by people who obviously didn’t do any original research. Highly prolific and always keen to stir the pot, Orwell authored several pieces that are still discussed and controversial today, the most unusual being a lesser known piece about tea.

Firstly though it’s important to note just how important and contentious the act of brewing tea is in the UK with near enough every Brit having a personal preference for how their tea is made and many of them being willing to, in some cases, literally throw fucking hands over the “correct” way to make it. For example consider the story of an American influencer who caused a minor international incident by releasing a video of them making a cup of tea with a microwave. A video that prompted an immediate and furious reaction from the almost the entire spectrum of British society. 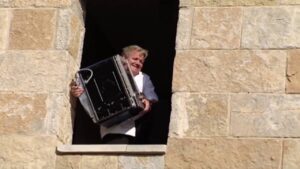 To be clear, when we say this video caused an international incident, that’s not hyperbole, with a member of the British foreign office going as far to ask representatives from the three arms of the British armed forces to explain how to make a “proper” cup of tea to Americans. A metaphorical declaration of war so ham-fisted it wouldn’t be out of place in one of Orwell’s books.

Speaking of which, one of the lesser known things penned by the author is an article for the Evening Standard simply titled “A Nice Cup of Tea“, in which he outlines 11 essential tips for making a good cup of cha. Ironically given Orwell’s more famous work, he spends much of the article telling the reader that the way he makes tea is the only correct way and that any information to the contrary is wrong. Telling the reader, among other things, that they should use all of the tea they have available when making it.

For context, Orwell wrote this during a time when Britain was still rationing food meaning he was demanding that people use their entire stock of a highly rationed resource purely because he insisted it was the right way to enjoy it. Amusingly making the article, literally Orwellian.

Perhaps the most controversial part of the article though are points 9 and 10 which tell the reader to skim the cream off any milk they use and then to put the milk into the tea after it is brewed. A highly contentious subject in the UK that no less of an authority than the UK government has weighed in on, commissioning a massive survey to try and put an end to the debate once and for all. For the curious, it did not put an end to anything.

What made the article so controversial though is that Orwell spends much of it insisting tha if you don’t follow his guide, you’re not a “true tea lover“, in effect shitting on literally everyone who doesn’t take their tea the way he does. Which to be clear, involves putting 6 spoonfuls of loose tea into a very specific type of pot, filling it with boiling water and then shaking it around like a jackass before drinking it. 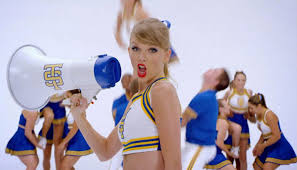 It gets better though because according to this who knew Orwell, who remember, wrote an entire fucking essay about people proper tea etiquette, would loudly slurp his tea from a saucer like a weirdo.