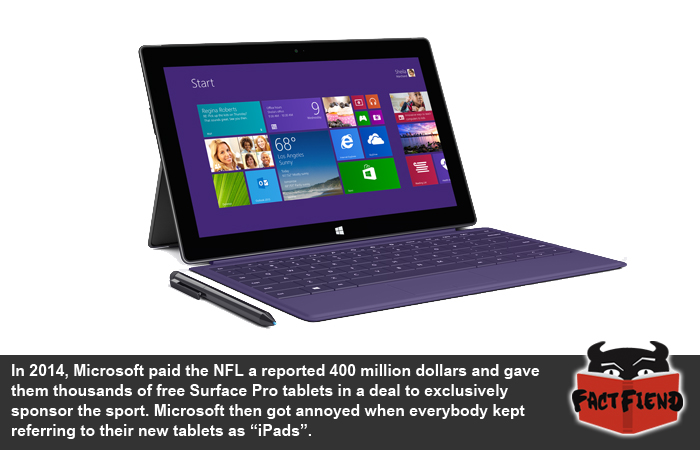 From an objective standpoint, the Surface Pro line of tablets are perfectly passable pieces of technology of admirably unexceptional quality that have had both praise and criticism levelled towards them. From a subjective standpoint however, they can suck a quarter mile of dong because they’re simply not iPads.

That’s not us being Apple fanboys or anything, sales of the entire Surface Pro line has almost consistently lagged behind sales of the iPad and its many variations as Microsoft have tried and struggled to market the product to a general public that gives less of a shit about RAM and processing power than a constipated rocking horse. To most of the general public, the only thing they really want or need from a tablet is the ability to stream an episode of House and take low quality pictures of their face and genitals and the iPad has that shit locked down.

This puts Microsoft into the inevitable position of trying to compete on a marketing front with fucking Apple. A company that has a more unyielding stranglehold on the tablet market than a cast iron anaconda with a business degree and has more customer goodwill than Santa Clause.

And it’s not like Microsoft haven’t tried marketing the ever loving shit out of these things, as noted in the macro at the top of this page, they signed a 400 million dollar deal with the NFL and offered to outfit all over their linesmen and coaches with brand new Surface Pros, and the NFL responded by calling them fucking iPads live on air. When they were corrected by an annoyed Sony rep, the announcers instead began calling them “iPad like devices” which they somehow thought was better. Microsoft got so sick of this that they eventually bit the bullet and hired someone to “coach” NFL announcers on what the fuck a Surface Pro is just to stop them making this mistake all the time. Also, because of the bulky, LEGO brick looking covers they have to put on these things to stop them breaking, they didn’t exactly scream “state of the art” to viewers compared to the sleek, sensual curves of an iPad with a picture of a softshell turtle on its screen that we’re about to show you know. 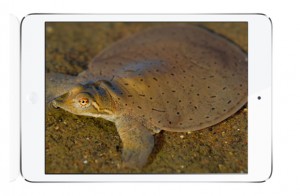 And you better believe that Microsoft have given just thousands of these things away to journalists and stuff at various Microsoft events in the hopes that it would result in anything other than, stony indifference to the product. When that didn’t work, like at all, Microsoft decided to simply pay CNN a shit ton of money and give all of their reporters brand new Surface Pro 3s, which they all decided to promptly use as stands for the iPads, live on air, during coverage of the 2014 election.

Man, at this point we feel like we should buy a couple of these things out of pity because it’s pretty clear Microsoft are having a rough time trying to sell these things.

For more sports tomfoolery, why not read about how the first guy in the NHL to wear a hockey mask, was made of by other goalies for not being man enough.