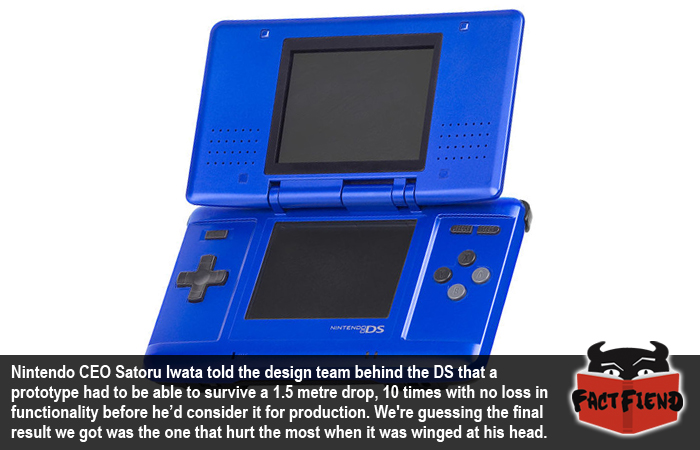 This article was recently turned into a video on our YouTube channel with a bonus section of me dropping my own personal Gameboy like a dumbass.

If you’d prefer to read the original article, you can find it below.

Nintendo products have a long history of being harder to break than Batman’s spine and are usually broken in the same way, by a foreigner with massive hands. Well, there’s a reason for that, the people making Nintendo devices know that we’re giant bumbling fatasses.

For example, when Nintendo was making the Wii, a console that can soak up more punishment than a masochistic heavy bag, it wasn’t allowed to move past the prototype stage until it could easily beast its way through a durability test which involved slamming an 80 kilogram weight on top of it and leaving it there for a full minute. In other words, the Nintendo Wii was specifically designed to be able to support the weight of a fully grown, overweight adult male, which amongst other things shows that Nintendo has their audience nailed.

When the time came for the company to once again stride into the hand-held market and slap aside the competition. Former Nintendo OG and current ghost, Satoru Iwata wouldn’t let the egg heads in the tech department progress with work on any prototype that couldn’t survive a 1.5 metre fall without suffering anything but minor cosmetic damage, 10 times in a row.

Iwata chose a height of 1.5 metres specifically because he calculated it as being the average height of an adult’s breast pocket. Basically, Satoru knew that parents would end up dropping this thing on Christmas morning while trying to play Nintendogs or something and didn’t want it to break when that happened.

It’s rumoured that Nintendo’s desire to make the handheld nigh-unbreakable is the one of the main reasons the company eventually settled on a clamshell design for the Nintendo DS and subsequent Nintendo 3DS console even when big-ass screens were all the rage. They purposely shied away from making the console have a giant, unprotected screen because they knew someone, somewhere would drop that shit and crack it, rendering the device useless and look fuck-ugly all at the same time. Something Apple apparently have a patent on. 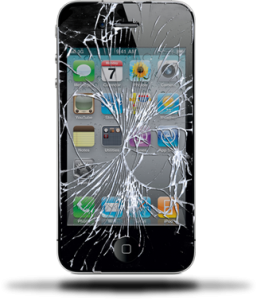 Satoru explained that during the testing phase, hundreds of prototype DS consoles were thrown, dropped or otherwise molested until the design team were sure you could whip one at your brother’s head without damaging it (the console, not your sibling’s head, that thing would be damaged beyond all repair).

Did it work? Well you can still, to this day buy original DS consoles that work just as well as the day they were made and could, if you really wanted to, dropkick one across the room (Something we’d pay good money to see someone attempt with an iPhone.) safe in the knowledge it’d be fine and would only suffer minor, superficial cosmetic damage.’