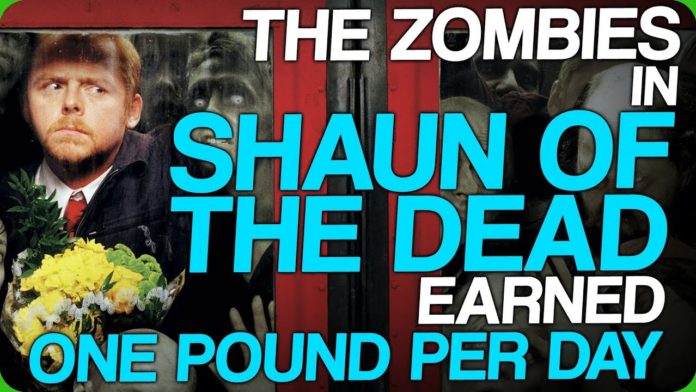 Oddly for a movie widely considered one of the finest made this millennium, Shaun of the Dead made a decidedly modest $30 million at the box office. Despite grossing less than most movies spend on their marketing, the film was still a commercial success largely thanks to Edgar Wright hustling like a motherfucker.

You see, Shaun of the Dead was filmed on a relatively lean budget of just $6 million, an amount that was originally supposed to be higher before the production company financing the movie inexplicably slashed it without warning. Leaving the cast and crew, well, looking like Simon Pegg did during most of his scenes. 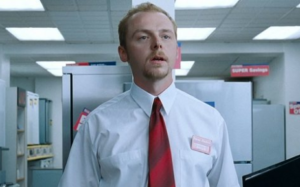 According to director Edgar Wright this decision very nearly bankrupted him as he was so committed to making Shaun of the Dead he steadfastly refused to accept another directing gig to make a little extra money. When the budget was finally, erm, finalised, Wright set about squeezing the ever-loving fuck out of every single penny to make the best version of the film possible with the limited amount of money he had access to. 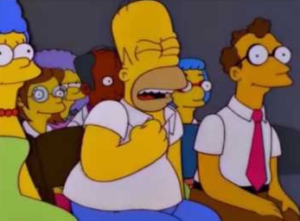 Since one of the biggest costs when making a movie is the cast, amongst the first things Wright did to save money was shelve plans to hire, in his own words “better known actors” for certain parts. For anyone curious about what actors were initially being considered when Wright assumed he’d get more money, the roles of Liz and Barbara were originally offered to Kate Winslet and Helen Fucking Mirren. Without the money to hire big-name talent like this, Wright decided to simply offer roles to people he’d worked with in the past on a short-lived sitcom called Spaced.

Speaking of Spaced Wright called on fans of the cult sitcom to play the shambolic hoards of undead trying to nibble on Simon Pegg’s dickhole, recruiting them via a fansite and paying them the princely sum of a single fucking pound for their time. Meaning this shot right here probably cost less than Nick Frost earned scratching his balls during that one scene.

As if earning a single pound for their time wasn’t insulting enough, Wright made the zombie extras work insanely long hours and, in the pursuit of realism, even made them stand outside during the scenes shot inside The Winchester and slap against the windows for hours at a time.

To further save money Wright planned the shit out of every scene in the movie to maximise the amount of footage they could shoot in a day. Perhaps the greatest example of this are the film’s two one-shots of Shaun visiting his local shop, one of which is set before the zombie outbreak and one of which is set just as it is beginning. 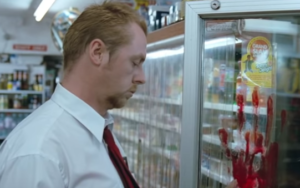 Believe it or not both of those scenes were filmed on the same day, back to back on the first day of production. Still not impressive enough? We should also probably note that this was also the first major film Edgar Wright had ever directed. A fact that probably explained why Wright arranged to film the two most complicated shots in the entire movie on the first day as a flex to the production crew who were initially under the impression Wright was too inexperienced to helm a movie. After that first day of shooting though, nobody ever questioned Wright’s skill again.

When it came to music, Wright once again saved money by using the cheapest songs possible for scenes and by using stock sound effects and music for everything else. The latter being done partly as a homage to Dawn of the Dead which used the same stock music but mostly because they were cheap.

The final result was a movie filmed on a tighter budget than the moon landing that still had the slick sheen of a Hollywood production thanks, in part, to Wright’s hustling and the skill and talent of the team he surrounded himself with. 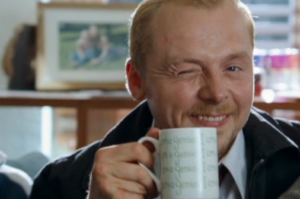