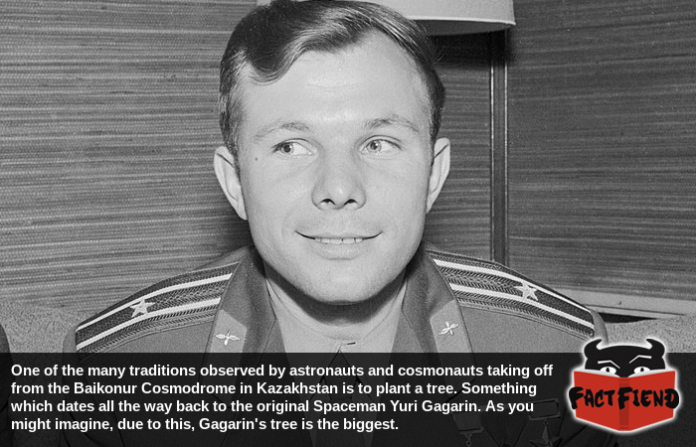 The field of space travel is one ostensibly entrenched in the scientific method and you’d assume that everything leading up to a space launch would be boring, clinical and exceedingly complicated. However, as a large tree owned by Yuri Gagarin proves, that isn’t quite the case.

You see, while you’d assume that the people in charge of sending billions of dollars of bleeding edge technology screaming into the upper atmosphere at 5 times the speed of sound would be quite rational individuals, the world of space travel is heavily steeped in tradition and superstition.

In particular astronauts and rocket scientists are exceptionally keen to recognise earlier pioneers of aviation and space travel and pay them the proper respect. Perhaps the most baller example of this occurring during the 1969 Apollo 11 mission when Neil Armstrong took a piece of the original Wright Brothers’ plane to the moon. Which in addition to being adorable, was a fucking galaxy sized flex few will ever hope to equal, let alone top.

However, no figure is treated with more reverence by the scientific community responsible for sending people to space than Yuri Gagarin. The original spaceman.

For example, it’s noted that any astronaut or cosmonaut taking off from the Baikonur Cosmodrome in Kazakhstan are expected to observe a number of traditions specifically to pay tribute to Gagarin. Said traditions include watching the film White Sun of the Desert, getting a haircut exactly two days before launch, sitting in silent contemplation for a few moments before they leave their hotel and signing the door of the room they were staying in when they do. All things Gagarin is said to have done before his first historic flight besides constantly shitting himself in fear.

By far the most unusual tradition though is stopping the bus taking them to the rocket and pissing all over its back left wheel. Another thing Gagarin is said to have done before his trip to space when he realised that pissing in his spacesuit might ruin it/kill him. Something modern astronauts and cosmonauts don’t really have to worry about anymore.

Adhering to this tradition is apparently so important to astronauts and cosmonauts that space-bound women and men with performance anxiety will piss into bottles ahead of time and throw it all over the wheel when the time comes.

One of the more, traditional traditions though is the ceremonial planting of a tree along the Avenue of Cosmonauts, something every astronaut and cosmonaut flying from Baikonur since Gagarin has done. Owing to him being the first person to do this, since well, he was the first person in space, Gagarin’s tree is noted as being largest. Towering over every other, lesser tree along the walkway. Something you’d think would be commonsense, but judging by how every article about this always points out that Gagarin’s tree is the biggest, we similarly feel compelled to let everyone know that yes, Yuri Gagarin has the biggest tree. 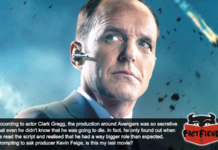