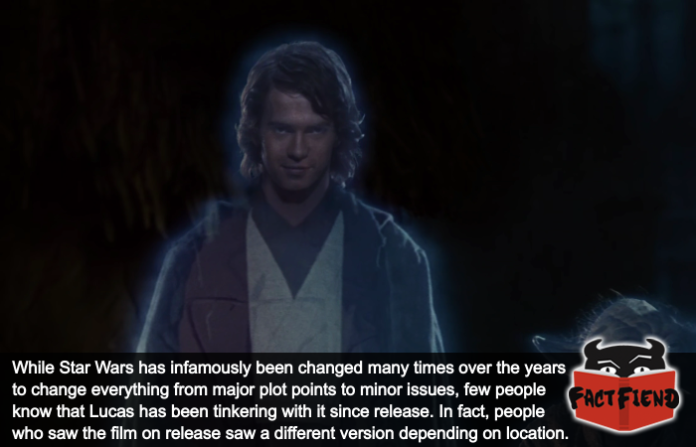 The Star Wars series has infamously been tinkered with more than an ACR in a Modern Warfare 2 lobby with series creator George Lucas spending countless man hours and millions of dollars “fixing” the series. What few people seem to realise though is that Lucas has been doing this since the film was released to the point that what even constitutes the “original” release isn’t really clear.

To explain, there have been innumerable changes made to the Star Wars series over the years ranging from the understandable to the unbelievable, an example of the former being the addition of subtitles to the first film which was simply titled Star Wars until a 1981 re-release and an example of the latter being the inclusion of CGI rocks to a shot of R2-D2 because Lucas didn’t think it looked like he was, hiding enough we guess? 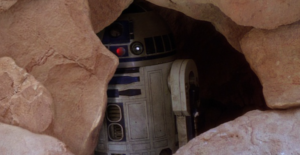 Anyway, while many of these changes have drawn the ire of fans, many of whom find them, at best kinda pointless and at worst, actively detrimental to the series as a whole, some have been better received like fixing the sometimes wonky effects seen on lightsabers in early versions of the film or bringing Ian McDiarmid back to film a CGI cameo for The Empire Strikes Back. The latter being a change many people don’t even realise is a change because of McDiarmid owning the role so hard. For the curious, originally The Emperor was played by a lady called Marjorie Eaton with chimp eyes superimposed over her face. Seriously.

Here’s the thing though, the actual full list of changes made to Star Wars over the years will likely never be complete because even places claiming to be a complete and authoritative breakdown of every single change Lucas ever made, still miss some things. For example this list, compiled by Empire, fails to note that there were actually 3 different versions of the original 1977 release. Specifically it’s noted that on release there were 3 alternate sound mixes for the original film (one for the 35mm release, one for the 70mm release and a mono mix which Lucas is said to have spent the most time tweaking), all of which had minor but nonetheless significant changes ranging from alternate takes of dialogue to different sounding special effects that made them distinct from one another.

For the curious, the 70mm mix is said to be superior quality wise while Lucas himself considered the mono mix to be his definitive vision for the sound of the film, even going as far as to add new lines of dialogue to it. In typical George Lucas fashion, despite his claims of the mono mix being the best one, it’s not the one he used for the VHS release of the film.

So why is this important? Well because of stuff like this, there’s a genuine argument to be made that there’s no truly “original” version of the film because Lucas was literally dicking around with it from the start and even back then there was no guarantee that any two cinemas were showing the same version of it. Hell, there are even reports of people arguing about differences in versions of the film they saw just like fans today showing that, well, people haven’t changed all that much in 40 years.