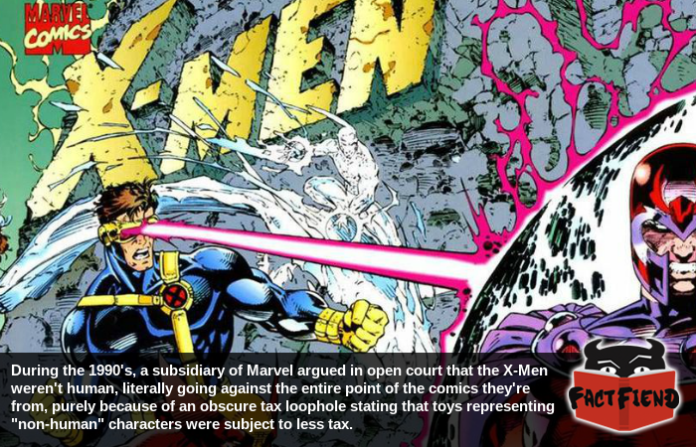 For almost their entire comic history the X-Men have been defined by their seemingly never-ending struggle to have people acknowledge their humanity and stop calling them freaks just because they can fire lasers out of their eyeballs. An idea Marvel themselves shit all over in the 1990’s to save like 5% on their taxes.

First though, for anyone unfamiliar with the X-Men, pretty much every story-line involving them revolves around the fact that the world at large sees them as less than human and as a result, less deserving of things like rights and the freedom to not be hunted down and killed in the street by giant robots. 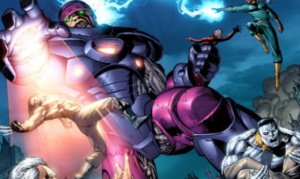 If that sounds a little, on the nose, it’s worth noting that the X-Men were literally intended to be a metaphor for the the nascent civil rights movement with the conflicting ideals of Professor X and Magneto in regards to Mutant rights being a direct allusion to the differing philosophies of Martin Luther King Jr. and Malcolm X.

So what does this have to do with Marvel themselves arguing that the X-Men aren’t human? Well in the 1990’s a lawyer discovered that the technical definition of a “doll” was fairly strictly defined under US tariff law. Specifically a “doll” as the law defined it was limited to anything that could be described as a representation of a human being, with virtually everything else outside of that being classified as simply a toy. Which is where things get interesting.

You see, under US law dolls are subject to a 12% import tax whereas toys are subject to a much lower tax of 6.8%, reportedly as a measure to help bolster sales of domestically produced dolls. A loophole lawyers working for ToyBiz (a subsidiary of Marvel who made toys for the comic giant) realised could potentially save them millions. If they were willing to shit all over the entire point they were trying to make with X-Men comics. Which they obviously did because a relatively small amount of money was on the line.

Showing an almost heroic level of indifference to the irony of the situation, Marvel ploughed ahead and sued the US government to argue that their own characters weren’t human. In the resulting court case, which is fucking amazing reading if you have the time, Marvel singled out heroes like Wolverine to make their point. Arguing that his claws and wolf-like features clearly indicated that he could barely be considered human. Which, admittedly, they may have had a point with. 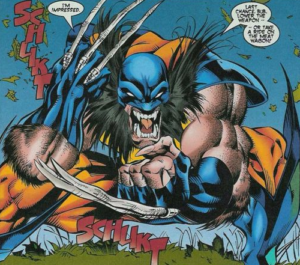 Here’s where things get interesting though because Marvel, realising the amount of money they could save with this court ruling, doubled down and argued that their entire catalogue of characters weren’t human. Making some frankly superhuman leaps of logic to try and prove their case. For example, Marvel lawyers specifically highlighted the villainous Kingpin’s exaggerated proportions were so freakish that figures of him didn’t reach the criteria to be classified as human-like and as such, they should be subject to less tax. Then again, arguing against basic logic in open court sounds like a super fucking Kingpin move. 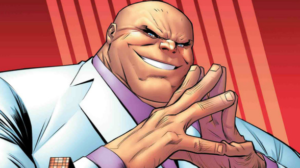 Anyway, Marvel eventually won the case and the courts ruled that Marvel’s entire back-catalogue of characters weren’t human, allowing them to save that sweet 5%. As you might imagine though arguing that the X-Men weren’t human didn’t sit well with fans, prompting Marvel to release a nothing statement saying that the court case, in which they argued the X-Men were basically monsters, actually proved that they were better than humans due to their fantastical powers. Which is kinda funny until you realise it’s basically the same argument Magneto uses to justify levelling cities with his powers.