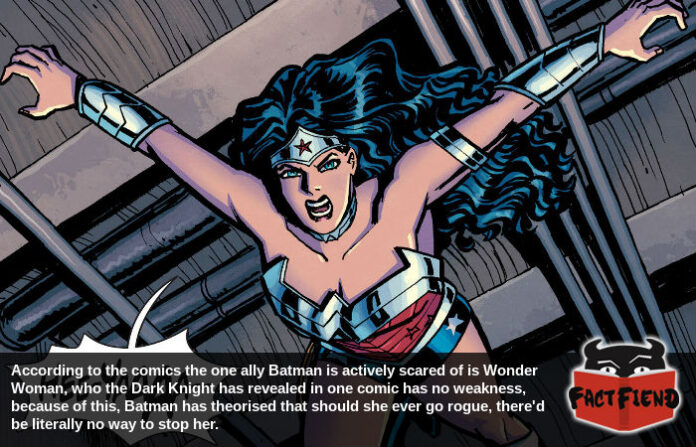 Batman is a character so cripplingly paranoid he has famously devised methods of killing every single one of his Justice League allies, including, rather amazingly, himself. However, this was rectoned with the New 52 reboot of the DC universe which instead established that Batman has plans to kill every single one of his allies, except Wonder Woman, who he is fucking terrified of.

Before that though for anyone who’s unfamiliar with the comics, yes Batman has plans in place to take out every single one of his allies should they go rogue, including himself. For the curious, Batman notes that because he is just an ordinary man he could easily be killed by simply distracting him and then shooting him in the back of the head or something. A task we imagine is easier said than done given that he spends 18 hours a day in a bulletproof bat-suit and has access to billions of dollars worth of technology explicitly designed to protect him from harm. 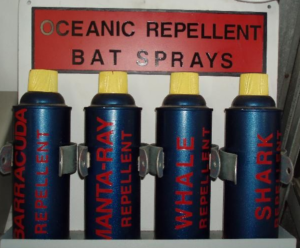 Anyway, DC threw this idea out of the window, alongside like 90% of the universe’s established canon with the New 52 reboot, which had a slightly, different take on this idea. By which we mean it’s basically exactly the same save for a single, saline difference, Batman no longer has a counter for Wonder Woman. 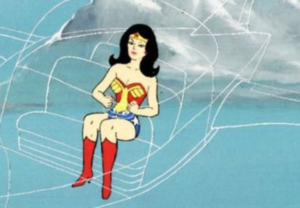 Specifically in the comic Justice League #20, after being given a stern dressing down by Superman after the Man of Tomorrow learns that he has a Kryptonite ring set aside to kill him should he ever turn on his allies, Batman reveals that he has contingency plans to neutralise every member of the Justice League. Because he’s a paranoid, pessimist who always assumes that things are going to go wrong. Which we understand because he lives in a universe where the highest security prison in the world is about as hard to escape from as a wet paper bag.

Anyway, during this conversation Batman notes that while he has a contingency in place for every member of the Justice League, he genuinely has no idea how to kill Wonder Woman. A thought which terrifies him and he expresses to Superman by explaining simply … 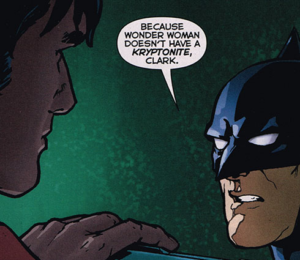 Batman continues and explains to Superman that Wonder Woman is so powerful that the only thing in potentially the whole DC universe capable of killing her, is him. Something that kinda bums Superman out due to the fact he was kind of fucking Wonder Woman at the time.

Or to put it another way, for a brief period in the comics, Batman’s plan to kill Wonder Woman if she went rogue was to hope that Superman was more committed to truth and justice than he was Wonder Woman’s gorilla-grip wonder-vagina. Which yeah, is probably why he was so scared because we’re not sure even the Big Blue Boy Scout has that much self-control. 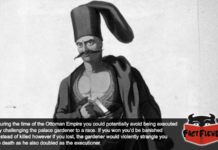 That time a studio made a movie so bad the actor’s...