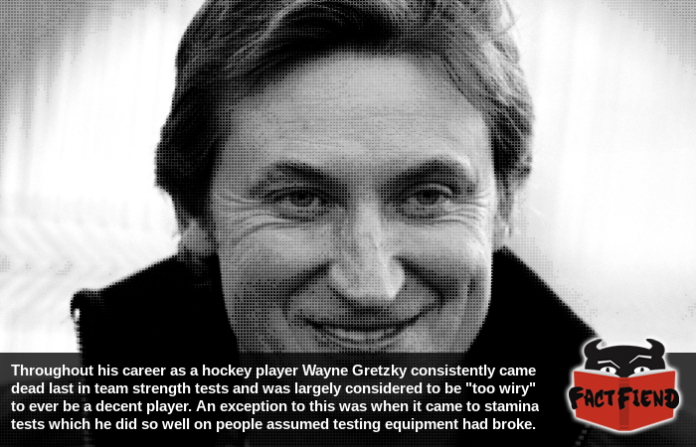 Wayne Gretzky is a veritable sporting legend who has broken more hockey records than some teams. Noted for his small, unassuming frame, while Gretzky didn’t exactly have the build of a professional hockey player he did make up for it with an almost superhuman amount of endurance and stamina.

For context, at his competitive peak Gretzky weighed around 170 pounds and stood a hair over 6 feet tall at a time when the the average player was close to 20 pounds heavier and around 2 to 3 inches taller. While this may not sound like much, the physical difference between Gretzky and his peers was such that some sports critics largely wrote him off in his early career. A fact that is kind of hilarious when you consider that one, Gretzky was a veritable hockey prodigy who literally learned to skate before he could walk and two, he is now largely considered to be the greatest hockey player to have ever lived. 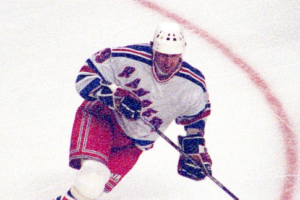 Gretzky ultimately learned to use his smaller frame to his advantage, putting all of his stat points into skill and evasion to make himself almost untouchable on the ice. Which was probably a good thing considering that statistically, he was one worst people playing at the time consistently scoring last in tests of strength, speed, flexibility and even vision. However, an area in which he did excel at was stamina.

Oh and when we mean Gretzky excelled, we mean that his stamina and ability to recover were so unbelievable that when these attributes were tested one year, the technicians administering the test assumed that the machines must have been broken. Just for a second consider how insane that is, Gretzky had so much endurance that it made more sense to assume that the machines designed to test it were broken rather than believe them.