For anyone unfamililar with the owner of the largest sport-penis in the entire world, Wayne Gretzky is widely considered the singular most dominant hockey player in the history of the sport. The holder of more records than a disco-themed super villain and a towering, near-mythical figure in the world of hockey, Gretzky almost gave up the sport for good as a child because he was so sick of being booed by other kids parents.

A veritable hockey prodigy Gretzky quite literally learned to skate on ice before he could walk properly reportedly scoring his first goal when he was just two years old, an age when most people can barely avoid shitting their own pants, let alone wield a hockey stick with any finesse.

Realising that his son possessed a natural affinity for hockey and would perhaps one day become the sport’s king, Gretzky’s father ran endless drills with him from age 3 onwards. As a result of this training by the time Gretzky was 6 years old he was able to skate circles around kids twice his age, something we know for a fact because at age 6 Gretzky joined a hockey team full of 10-12 years olds and made them all look like a bunch of punks.

Gretzky skill was initially seen as something of a novelty and the image of his tiny 6 year old boy-body flitting between other players with the puck glued to his stick was one fellow parents watching him play found funny. Before long though amusement turned to resentment when it became apparent that nobody on the ice could so much as touch Gretzky and parents became increasingly annoyed at seeing a literal child score on their kids.

Rather than urging their own children to you know, stop being so shitty at hockey, parents took their frustration out on Gretzky, booing him incessently whenever he got the puck or scored. As if this wasn’t bad enough, the same parents would also loudly taunt Gretzky to throw him off and would erupt in cheers whenever someone knocked him over. It’s also noted that other kids, no doubt being spurred on by their parents, would bully Gretzky on and off the ice and would make a beeline for him whenever he got the puck in a flaccid attempt to stop him styling on everyone. For anyone who may have forgotten Gretzky was 6 fucking years old when this was happening to him. So yeah, if you’ve ever wondered what pure, concentrated inadequacey looks like, it probably looks exactly like a grown man loudly celebrating a small child being body-checked into next fucking week at a peewee hockey game. 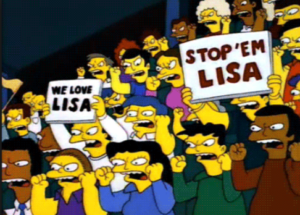 Gretzky routinely left hockey games in tears due the taunts of parents who’d follow him out of the stadium just to continue yelling at him, accusing him of being amongst other things, a puck-hog. An insult that’s noted as being one of the few that didn’t actually bother child-Gretzky due to the fact he scored almost as many assists as he did goals. Which probably drove those parents insane because it meant he was scoring more goals than their kid by proxy. For anyone wondering how the parents of kids on Gretzky’s team felt about all this since, you know, Gretzky’s skill meant that their kids won every single fucking game. We are talking about the parents on Gretzky’s team.

The jeers and taunts got so much for Gretzky that at a teenager he genuinely considered quitting the game for good and his parents had to fight to have him play for another youth team purely to get away from the parents who were seemingly obsessed with harassing their son for being too good at hockey. Said parents apparently never got over Gretzky so thoroughly dunking on their kids because some reportedly travelled to watch Gretzky play for this new team just to continue booing him.

Something we’re guessing they feel pretty shitty about today considering they were basically trying to discourage the god of the sport teaching us lowly mortals how robots will play hockey in the future.