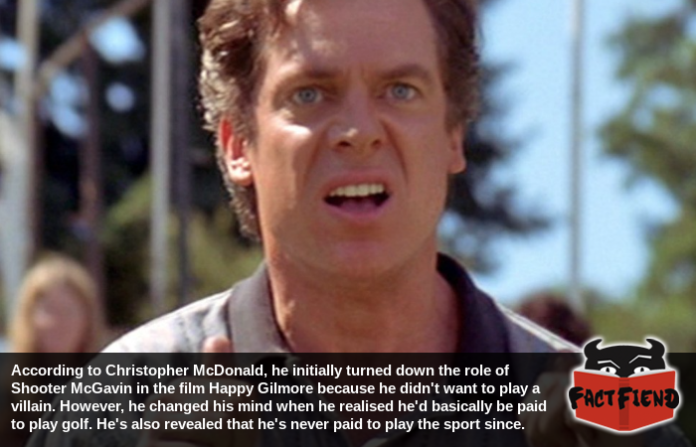 It’s arguable that one of the worst things that can happen to an actor is to get typecast. In addition to limiting the potential roles they may be offered, being typecast means a given actor will likely be forever be synonymous one of the characters they played. Something Christopher McDonald doesn’t seem to mind since the character he’s best known for is a fan of his favourite hobby. Golf.

That character is of course Shooter McGavin, an egocentric golf-obsessed wang from the Adam Sandler led comedy, Happy Gilmore who is the closest thing the film has to an antagonist if you ignore that guy in the film who abuses the elderly and never really gets his comeuppance. 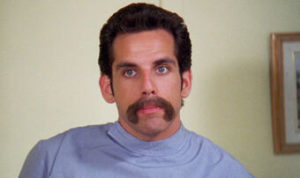 Now according to McDonald he was offered the role of Shooter McGavin multiple times, turning it down each time because he didn’t want to be typecast as an asshole. Which is fair. However, the actor noted that after playing (and winning) a golf tournament between jobs he realised that maybe, just maybe, being paid a couple of million dollars to play the game would be pretty sweet. 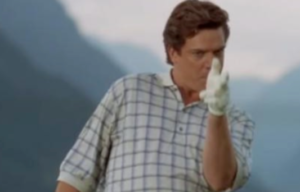 The thing is, while McDonald was enjoyed golf, he wasn’t exactly very good at it. Or at least, he was nowhere near good enough to convincingly portray a seasoned pro. Thankfully this didn’t end up being an issue because the production crew went right ahead and hired a golf pro to work with McDonald. A perk he took extensive advantage of to improve his game, becoming, in his own words “sick” at golf by the time shooting had finished.

However, the best perk came after the film wrapped because McDonald has revealed that due to his association with Shooter McGavin, he’s basically played golf for free ever since the film was released. As an aside, because this is hilarious, McDonald is also constantly being asked by fans to call them a piece of shit, which according to him (and us) is hilarious.