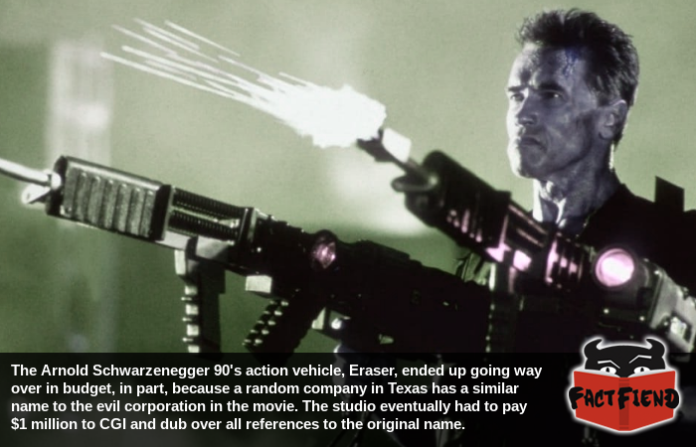 When it comes to discussions off Arnold Schwarzenegger’s filmography the movie Eraser rarely gets a look in because it’s just one of like a dozen by-the-numbers action films starring the Austrian Oak. Which is a shame because there’s a piece of pretty amazing trivia about the movie’s production, that a company threatened the studio with legal action if they didn’t, erase all mentions of their name from it.

That company was the Cyrix Corporation, a Texas-based manufacturer of microprocessors that nobody really gives a shit about anymore, giving it at least one more thing in common with the film Eraser. A film we feel compelled to mention features Arnold Schwarzenegger duel-wielding a gun that can shoot people’s skeletons. 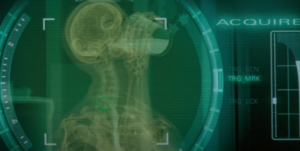 That gun is manufactured by the fictional Cyrez Corporation, with the impetus of the entire film’s plot being that this hyper-advanced skeleton-rifle is developed in secret by the company to be sold on the black market. When an employee learns about this and attempts to alert the government, they’re put on Cyrez’s shitlist and Arnold Schwarzenegger steps in to protect them.

Now if you’re wondering why the film is called Eraser, that’s because Schwarzenegger’s character is a government agent who “erases” people so that they can be put into witness protection. A plot point that seemingly only exists to justify the film’s awesome name and Schwarzenegger making eraser puns when he shoots people. 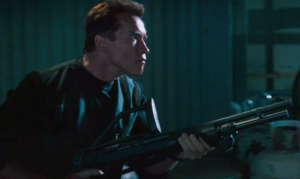 Anyway, it’s reported that early in production the Cyrez Corporation was actually called the Cyrex Corporation in the script and it was referred to as such in the film. This didn’t sit well the Cyrix Corporation who thought that a film featuring an evil, fictitious company with a name similar to their own who were capable of manufacturing a gun that can shoot people’s skeleton’s apart would be bad press. Which we kind of understand though we’d argue that having Arnold fucking Schwarzenegger shooting alligators in a film featuring a company that sort of sounds like yours is something a savvy marketer could capitalise on. Either way, Cyrix didn’t like how similar the names were and threatened to sue the studio.

Something that probably wouldn’t have been an issue if it wasn’t for the fact that Cyrix made this announcement a week before the film was set to come out. Not wanting to delay the film’s release since it was already like 20 million dollars over budget at the time, Warner Bros paid a reported $1 million to dub over all all mentions of the Cyrex Corporation as well as use CGI to replace or shall we say, erase, any instances of the fictitious company’s logo appearing on screen.

What makes this especially amusing is that Warner Bros paying $1 million to fast track these edits, there are still one or two frames in which the original logo is visible suggesting that the erasure of it didn’t exactly go to plan, which is probably a sign they should have either taken more time or gotten Arnold Schwarzenegger to do as a super meta publicity stunt.