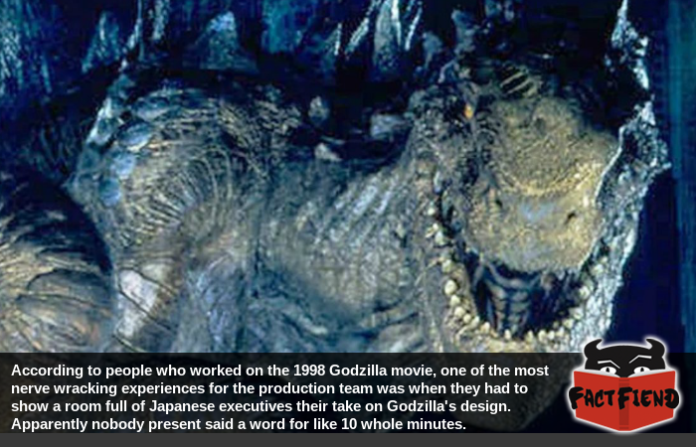 The 1998 Godzilla movie has rightly been shit on from a great height by everyone from fans to the guy who played Godzilla in the original movies over the years. Perhaps the most controversial aspect of the movie was the redesign of Godzilla itself, a redesign we should note made at least one meeting super awkward.

You see, Godzilla is a pretty big deal in Japan and is largely considered one of the country’s most famous and enduring cultural exports. Hell, the character, despite the unmistakable handicap of not existing was named an ambassador for tourism for the city of Tokyo. A city everyone’s favourite atomic lizard has levelled on multiple occasions. 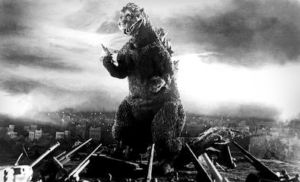 In regards to the 1998 film, the studio were well aware of Godzilla’s iconic status in Japan and were terrified of upsetting the both the Japanese movie-going public and the company that owned the character, Toho. In regards to the latter, Toho had a great deal of creative control over the redesign of Godzilla and had it written into the contract they inked with TriStar and director Roland Emmerich that they could veto any changes they didn’t like.

This ended up being a problem because the company reportedly hated fucking everything about the version of Godzilla seen in that film. For starters Toho didn’t really like that Godzilla looked like a reject from Jurassic Park instead of the lumbering, dumptruck-ass owning radioactive monster we all know and love. As it turns out, this was directly the fault of Emmerich who told the people in charge of the redesign to “fix” Godzilla, noting that the creature’s original design “didn’t make sense“. Which, yeah, is a fair point. 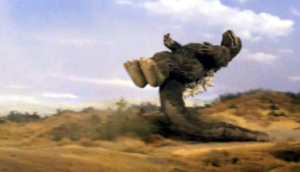 This resulted in Godzilla sporting a more “realistic” design reminiscent of a dinosaur. Something that could have worked if Emmerich hadn’t also insisted upon the Godzilla in his movie being harmed by conventional weaponry. A decision that baffled Toho given that Godzilla’s whole deal is being a walking apocalypse humanity can’t ever hope to defeat, let alone hurt.

Moving on, according to people who worked on the movie after the design of Godzilla was finalised they took a small maquette and some concept art of the monster to Toho for approval. Approval that wasn’t exactly forthcoming because, if reports from the time are to be believed, Toho executives sat in complete silence for several, agonising minutes before asking Emmerich and the design team to leave. Which they did, leaving behind the maquette, artwork and like 20 baffled Japanese executives. 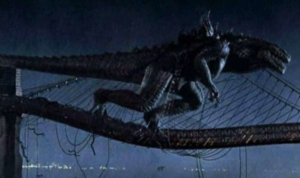 Apparently Toho executives were confused by the design and were genuinely concerned that their was no way to fix it to make it look more, well, like Godzilla. In the end the company decided to just leave the design as it was and hope that Emmerich was as committed to making a good Godzilla movie as he claimed. Spoiler, he wasn’t.

In the end the design and other changes made to the character proved to be so ass-backwards and against the very core of Godzilla’s character that Toho refused to sign off an a sequel, bought the rights to the film and then had the real Godzilla kill the shitty monster in that film after repeatedly establishing that it was absolutely in no way the real thing. Which is so marvellously petty we can’t help but respect it.