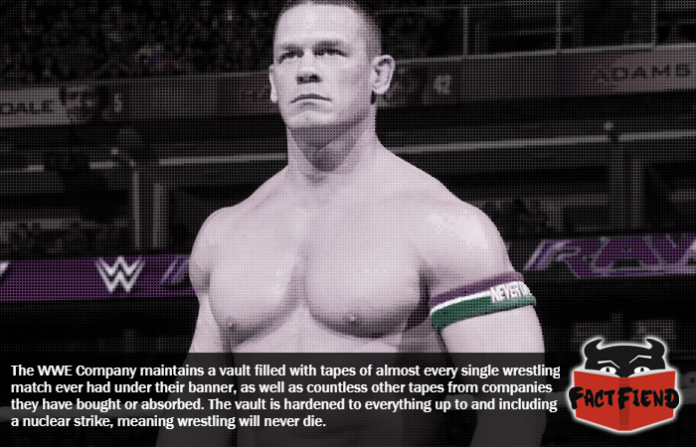 The WWE basically rules the world of wrestling-based entertainment with a iron fist to such an extent that they’ve used their waning corporate clout and economic resources to just up and buy their competitors over their years. Seemingly in an effort to ensure their near-total market dominance continues, the WWE has a hoard of wrestling content squirreled away in a bomb-proof mountain.

Specifically the WWE maintains a storage facility in the Iron Mountain located in the Catskills which is reportedly hardened to everything short of a point-blank nuclear strike. Even then the footage contained within would likely be safe due to a number of safety features, each of which has multiple redundancies in case they also fail. For example, the facility has a custom-built, state of the art fire suppression system that is programmed to flood the room with special foam that will suffocate the fire. In the event this fails, it’s presumed Vince McMahon himself will explode into the room to personally wrestle the fire into submission.

As if this wasn’t insane enough, the WWE also maintains another facility in Stamford Connecticut where footage the company owns is cataloged, digitized and archived for posterity. Said footage is largely off limits to all but the highest ranking executives of the company and the room it is stored in is guarded by a robot. 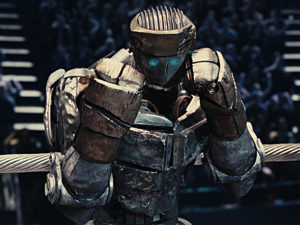 But things get just a little weirder though because during the digitization process detailed noted are made about everything that happened in the match. For example, every move performed by a wrestler is noted and added to an ever-expanding master list of footage that the company can access at a moments notice, allowing them to easily slap together promos consisting of say, every mouth slap performed by Andre the Giant. 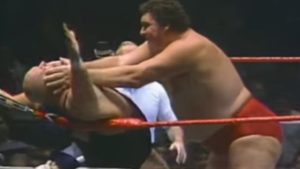 However, despite the company’s impressive dedication to ensuring every dropkick ever performed by a wrestler in the continental United States is preserved forever, the WWE doesn’t own everything. However, the problem with this is that the reason the WWE doesn’t own it is because it literally doesn’t exist anymore, since it was common practice back in the 1970’s and earlier to simply tape over old footage or just throw it away.

This said, the company does reportedly own tens of thousands of hours of wrestling footage dating back decades that is literally capable of surviving a nuclear holocaust and is protected by a series of booby traps and a robot. Something that in addition to being kind of awesome, should absolutely, at minimum, serve as inspiration for a mission in the next Fallout game.