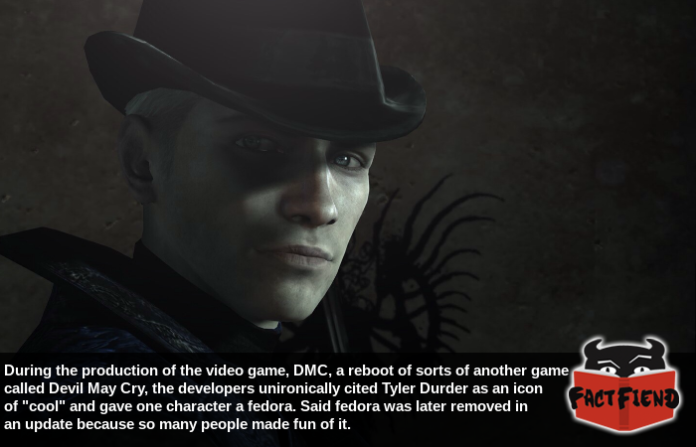 By all critical metrics, DMC was a competent action game and middling commercial success with a number of memorable set pieces. To fans of the original game it was a reboot of however, it was the video game equivalent of a wet fart. A response the developers of the game initially dismissed. Initially.

For anyone unfamiliar with the game, DMC was a reboot of Devil May Cry, a game that centres around Dante, a swaggering badass with a dick that’s 3 miles long, an impossibly sweet red coat and twin handguns he can fire at like 40,000 RPM. 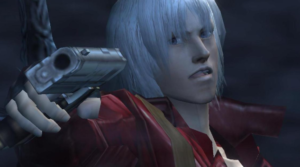 Now while the original incarnation of Dante featured in the mainline Devil May Cry games evolved somewhat over the years, he was near-consistently portrayed as an affable dumbass who never took himself too seriously. 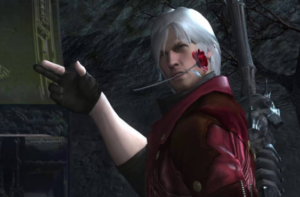 A stereotypical “clean cut” hero, Dante never smoked, swore or acted in a disrespectful manner towards women. A facet of his personality in keeping with a simple ethos handed down by one of the men responsible for his creation, Hideki Kamiya, who once noted in an interview that Dante is simply “too cool” to do any of these things.

Now in 2010 the decision was made to reboot the franchise with publisher Capcom handing off development of the game to a company called Ninja Theory. While initially it’s noted that Ninja Theory were keen to keep the design of Dante similar to his previous incarnations in this reboot, the company were apparently told by Capcom to scrap their ideas and make Dante look more “western”. After much deliberation, this is what Ninja Theory came up with. 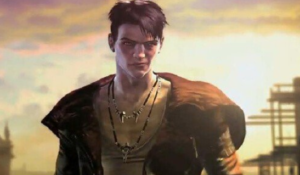 Initial responses to this redesign ranged from mocking to outright hostile with many noting that the try-hard, uber-edgy feel of the redesign fell flat and stood in stark contrast to the effortlessly cool nature of Old Dante. In addition, this new Dante also smoked, swore and generally acted like an unlikable dickweed, some of which was eventually toned down in the final release of the game and some of which, well … 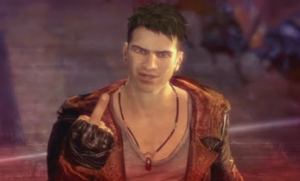 Which begs the question, how in the fuck did Ninja Theory come to the conclusion that western fans wanted to play as an abrasive edge-lord? The answer to which is, Fight Club. You see, in an presentation about the game and the redesign of Dante, Ninja Theory staff explained what they saw as the key differences between Western and Eastern ideals of “cool”, specifically highlighting Tyler Durden as a quintessential icon of Western cool. Because what’s cooler than a hyper-macho, posturing dickhead/terrorist who was intentionally written to be as much of an asshole as possible?

During the presentation Ninja Theory also photoshopped a picture of Old Dante into a still from Brokeback Mountain to highlight why he wasn’t as cool as their Dante. If you’re currently feeling a little uneasy about that statement, Ninja Theory later clarified that the image was only supposed to highlight how ridiculous Dante would look in a western, not call him gay. Reminder – Old Dante wears cowboy boots and a leather duster while firing two handguns.

Ninja Theory largely defended these stylistic choices, with one executive going as far to say they “didn’t care” about fan backlash to the game. Or should we say, they defended them until people started making fun of them.

To explain, after DMC under-performed commercially (reportedly selling a fraction of what the last instalment of Devil May Cry sold) a “definitive” edition of the game was announced that quietly removed a bunch of shit they heroically decided to not to talk about in the extensive change logs they released. These changes included the editing of an exchange between two characters arguing about how had the biggest dick and another where one character claims they’re going to bend the world over and fuck it like a whore. A character we should note, looks like this.

Ninja Theory offered a mealy-mouthed explanation for the latter change, noting that they only removed one of the most cringeworthy lines of dialogue in the game because of “pacing issues“. Fun fact, that explanation was given by the guy who wrote the game’s entire story.

Perhaps the most amazing change in terms of how amusingly petty it was though was the removal of a hat. Specifically, this hat which a secondary character wears throughout almost the entire game. 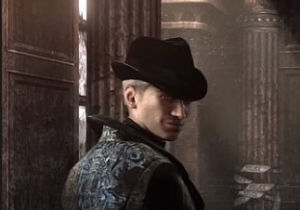 Ninja Theory has never given an explanation for why the hat was removed, only making vague allusions to the fact they never liked it anyway, which sounds suspiciously like something a person would say when they realised everyone thought their new hat looked lame as shit, but we digress. The updated version of the game also included several new costumes that made New Dante look exactly like Old Dante, which is especially hilarious when you realise there’s a joke in-game where New Dante has a white wig blow onto his head and he says, direct to camera, “never in a million years”. Seemingly as a jab to fans of the original series.

A jab that has since been returned by Old Dante, who in Devil May cry 5, has a cowboy hat that lets him fire meteors. None of that is made up. 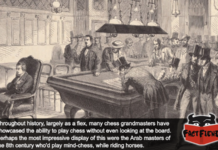