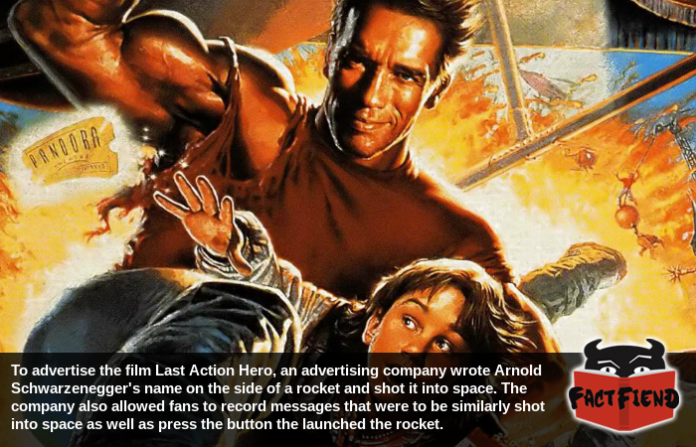 According to the man himself, early in his career Arnold Schwarzenegger was told to change his name to something more readily pronounceable because there was no way in hell movie studios were going to put Schwarzenegger on a poster. Imagine their surprise then when just a few short years later a movie studio paid half a million dollars to put his name on a fucking rocket ship.

First though, for anyone curious, yes that story about Schwarzenegger is absolutely true and actually way more ridiculous than we made it sound because one of the people to give Schwarzenegger that advice when he first started making movies was none other than Mark Hamill.

In addition to having people dunk on his name though, Schwarzenegger has often spoke about how he basically spent the first half of his career being told that virtually everything that would eventually make him a star was box office poison. For example the actor was frequently told that his gargantuan frame and hulking physique would ruin any chance of him being a leading man because he was simply too large. 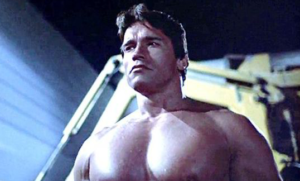 Hell, even in cases where Arnold’s massive size was an advantage, like Conan the Barbarian which he was seen as being perfect for because Schwarzenegger in his prime was basically a comic character came to life anyway, his sheer muscle mass caused problems all the same. For example, Schwarzenegger was forced to do many of his own stunts because there literally wasn’t a stuntman large enough to realistically stand in for him. 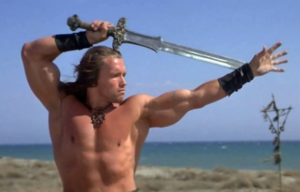 Likewise, while Schwarzenegger’s now iconic accent was initially seen as a problem for studios, agents and mangers, many of whom wrote him off as a potential leading man due to how impenetrably thick it was. It reportedly helped secure Schwarzenegger the role of both Conan and the Terminator because it made him sound a like a primitive neanderthal and unfeeling killer robot from the future respectively. Two roles that helped cement the actor’s reputation and turned him into a household name. A name remember mere months earlier, he was specifically told was so weird nobody would be able to pronounce it.

Moving on, we don’t think anything sums up how far Schwarzenegger came from having his name shat on from a great height by Luke Skywalker than a company paying to have his last name sent screaming into orbit to advertise a movie that bombed harder than a fat kid leaping into a pool of mercury. Last Action Hero.

Specifically, in 1993 Columbia Pictures spent a reported $500,000 slapping Schwarzengger’s name onto an actual rocket destined for space to advertise the film. A move that made Schwarzengger’s name the first piece of advertising ever sent to space. Which is in addition to being impressive for a guy who literally grew up in a house without a working toilet is hilarious to think about when you realise that the movie studio didn’t even bother to put the name of the movie they were advertising on the rocket alongside it.

We mean just think about that for a moment, Schwarzenegger’s name was seen as being that strong from an advertising perspective that pissing away half a million dollars to write it on the side a rocket and launching it into space without context was seen as being a shrewd business manoeuvre.

This said, it should be noted that some advertising experts questioned the value of advertising the movie on a rocket, sagely noting that nobody could see the rocket when it was in space. A statement which probably goes a long way to explaining why someone thought spending half a million dollars on an advertising campaign that didn’t mention the product being advertised was a good idea.