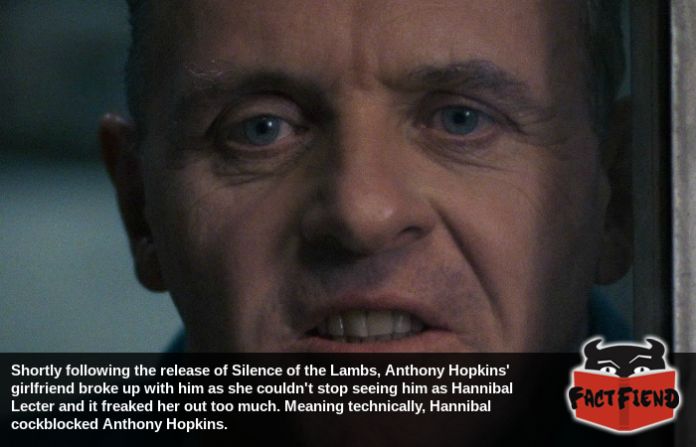 Anthony Hopkins is an esteemed Welsh actor known to many people for playing Hannibal Lector. A character the actor will likely be synonymous for the rest of his days, or at least that’s what we’d assume given that the character once prevented him from fucking Martha Stewart.

To explain, the story goes that around the time Hopkins was filming Silence of the Lambs, a film he’s famously only in for like 12 minutes, he was also dating domestic goddess and known felon Martha Stewart.

According to Stewart the relationship was going well, right up until she inexplicably decided to watch a film in which her new boyfriend played a psychopathic cannibal who tears people’s faces off with his teeth. Twice. You see, Stewart, for reasons known only to her, decided to watch Silence of the Lambs a second time right before she and Hopkins were supposed to spend a romantic evening together in her secluded mansion in the woods. Something that resulted in her ultimately breaking off the relationship, purely because every time she looked at Hopkins, she could no longer see the dashing Welshman who’d stole her heart, but this guy … 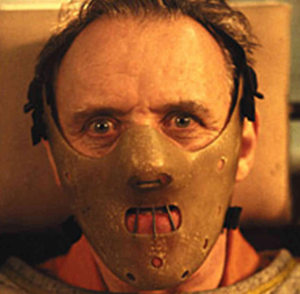 Now ordinarily actors tend to get a little annoyed when they’re unable to shake an association with a character they’ve played and you’d think said association resulting in Hopkins missing out on fucking 1990’s Martha Stewart would result in the actor coming to dislike having the exact same face as cinema’s most famous murderer. However, it would seem that, that isn’t exactly the case.

We say this because Hopkins has, on multiple occasions, utilised the fact people are scared shitless of him to amuse himself. For example, there are multiple stories about Hopkins going to the theatre when Silence of the Lambs was first released purely to tap people on the shoulder during one of Lecter’s scenes to see how they’d react. Something he reportedly still does on occasion for shits and giggles.

Perhaps Hopkins’ finest scare though occurred many years after the film was released and he was asked to attend a screening with a friend because they were scared. Being a nice guy Hopkins said yes and snuck into the theatre alongside them. Midway through the film though a freak thunderstorm caused a power outage, prompting the person in front of Hopkins to quip, “I’ll bet it was Hannibal Lecter“, as they turned around and caught sight of a now grinning Hopkins. 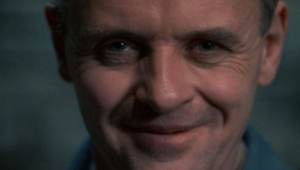 As you might imagine, the mere sight of Hopkins’ smiling visage caused the person to scream and presumably shit just all over themselves, much the actors amusement who regards terrifying that lady as one his fondest memories. Which, yeah, we get because that sounds fucking hilarious.