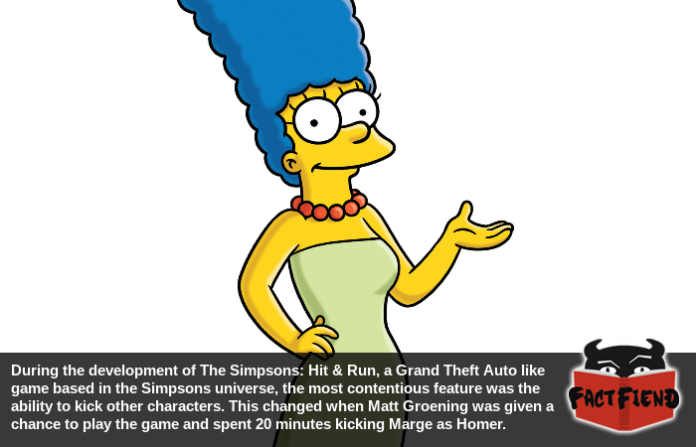 The Simpsons: Hit and Run is basically a Grand Theft Auto game set in the Simpsons universe where you can live out your fantasy of Tokyo Drift-ing your way across Springfield in a penis-shaped rocket car. It also lets you kick the shit out of your spouse. A design decision the creator of the Simpsons fully supported.

You see, if you haven’t played The Simpsons: Hit & Run it’s a game where you drive, platform and jumping crane-kick your way across Springfield as various Simpsons characters. Also, to be clear, we weren’t being hyperbolic when we said the game was inspired by Grand Theft Auto III with the game’s developer, Radical Entertainment, took inspiration from not only Grand Theft Auto’s gameplay, but it’s story and approach to character development. 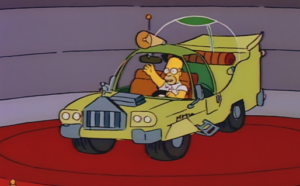 The thing is, while The Simpsons and Grand Theft Auto ended up blending together better than anyone could have thought (the game is widely considered one of the best released that year), the decision wasn’t without its detractors. In particular some on the development team felt that certain elements of the Grand Theft Auto series wouldn’t translate to the cartoon-ish world of the show. In particular stealing cars and random acts of violence despite the fact that sounds like the most Homer shit in the world. 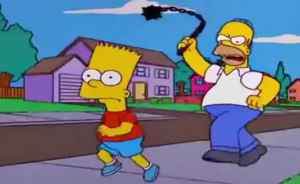 For this reason the inclusion of a dedicated kick button in the game was a highly controversial decision amongst members of the development team who felt that footage of Homer say, kicking children off the Springfield gorge (something you can do in the game if you really want) might annoy people who actually worked on the show.

Hell, even the people who didn’t think the kick button was a big deal were still wary of showing it off in front of Matt Groening (the guy who created the entire show) in case he took offence and decided to wave his dick around and rescind their access to his writing staff and the cast of the show, both of whom helped make the game. Apparently though this worry was completely unfounded because according to the developers, Groening loved dicking around in the game.

Specifically it’s noted that after being shown a working build of the game and being handed a controller to get a feel for how it worked, literally the first thing Groening did was walk over to Marge and kick her over. As if that wasn’t hilarious enough, Groening reportedly found the image of Homer doing this so amusing that he then spent 20 minutes kicking her up the street towards the Kwik-E-Mart while laughing his ass off. 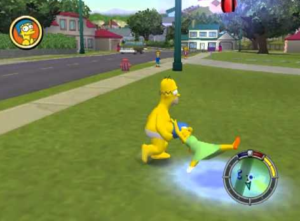 After seeing the the developers stopped arguing about the kick mechanic because holy shit, if the guy who created the show showed childlike glee while kicking the shit out of his own creations, who the fuck else could possibly take issue with it?