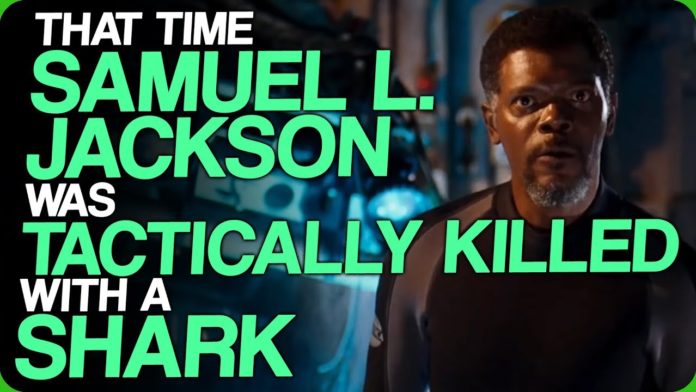 According to director Renny Harlin, the part of the Deep Blue Sea that got the biggest reaction from test audiences was the moment Samuel L. Jackson is inexplicably killed by a genetically engineered super-shark, indoors. As it turns out this was done deliberately, to keep the audience guessing about who the shark would chow down on next.

The story goes that during the casting process Harlin told producers to only hire relatively unknown actors for each role, his reasoning being that audiences would naturally expect for any big-name star they got to appear in their shitty shark movie to survive. An idea Harlin didn’t like one bit since if the audience didn’t think an actor could die, there’d be no tension in any scene they appeared in.

To this end, Harlin went out of his way to cast Samuel L. Jackson with the sole intention of killing him halfway through the movie. Harlin was inspired to do this by the film Alien which famously killed off Tom Skerritt (the film’s only well-known starring actor when it was released) halfway into the movie by having the alien literally leap out of nowhere and rip his dick off.

Harlin felt that killing Skerrit’s character set a precedent that anyone could die in that movie which only served to make it that much more tense since shit, if the Alien could kill a badass like Dallas, what chance did the chuckle-fucks he was in charge of stand?

Wanting to do something similar, Harlin made sure that prior to his untimely death, the film took every opportunity to talk about how much of a swaggering, shark-stomping badass Jackson’s character was. Then, when the time came to fill Jackson’s world with shark, Harlin made sure that his character was killed mid-way through a rousing, heroic speech calling every shark in his immediate vicinity a giant pussy.

Harlin’s hope was that after seeing this, the audience would spend the rest of the movie on edge wondering who the sharks were going to get next because if they could get Sam Jackson, they could get anyone. For this reason, Harlin also saw to it that Jackson was killed in a location a shark wouldn’t logically be (indoors) just so that the audience would never feel fully at ease in any subsequent scene. 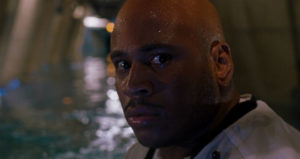 The thing is, this may have worked just a little too well because the original ending for the film called for L.L. Cool J’s character to similarly die in the toothy maw of a killer, hyper-intelligent super-shark at the film’s climax. Likewise, the lady scientist played by Saffron Burrows was supposed to survive alongside Thomas Jane. Test audiences hated this, reportedly because they assumed that Burrows’ character was the film’s villain, since she was responsible for making all of the sharks super-intelligent and thus, every death in the movie. According to Harlin, some test audience members who felt especially strongly about this went as far to simply write “kill the bitch” on comment cards asking about how to improve the movie.

Not wanting the film to end on a sour note, Harlin arranged decided to just use CGI to turn a shot of Burrows’ character swimming to safety turned into a shot of her being brutally torn apart by sharks. Burrows was then digitally erased from any remaining shots she couldn’t be edited out of. Realising that the ending to the film would be a little depressing if only a single character survived, Harlin then arranged for a day of reshoots to make it so that L.L. Cool J survived instead. When asked why, Harlin explained that everybody liked L.L. Cool J so it just made sense. 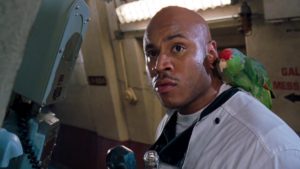