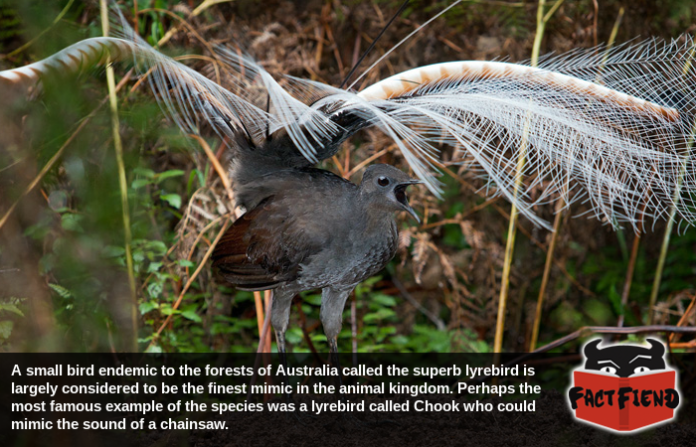 The superb lyrebird may not Australia’s most famous endemic creature but it’s arguably the one with the potential to cause the most carnage. A claim that on the surface may seem a little hyperbolic given what else lives in Australia but how how many of Australia’s creatures do you know that can assume chainsaw form? 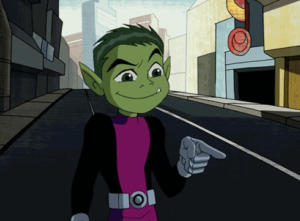 We say this because despite the superb lyrebird being the subject of intense study by bird nerds, nobody is really quite sure why the animal has developed such a skill for mimicry with the leading theory being that the bird does it in an effort to gets its fuck on. However, a flaw with this theory is that female lyrebirds have also been observed mimicking the calls of other birds outside of mating season, seemingly for no particular reason.

Now as unbelievable as it’s going to sound the vocalisations of the lyrebird as noted as being so accurate that other birds often cannot tell the difference. If you’re currently thinking, “well, how hard can it be to fool a bird?”, we should point out that these vocalisations sometimes fool actual bird experts. 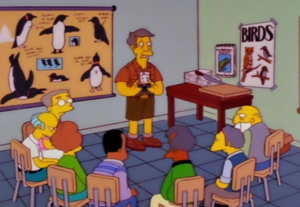 Amongst superb lyrebirds, the one with the largest mimic-penis was Chook, a lyrebird who lived in Adelaide Zoo for many decades until his death in 2011. Why? Well in 2009 Chook began freaking the fuck out of zoo patrons walking past his enclosure by mimicking the sound of various power tools including, get this, a fucking chainsaw.

It would later emerge that Chook had picked up the noises when a nearby panda enclosure was undergoing renovations and had inexplicably decided to add the sound of a sledgehammer to his repertoire of sounds because if there’s apparently one thing lady lyrebirds love, it’s the soothing sound of a chainsaw tearing through wood.

Chook, not content with with just emulating the sound of heavy machinery was also apparently quite adept at mimicking the sound of a camera shutter. Something that impressed none other than famed naturalist David Attenborough who booked the bird to appear on one of his documentaries. Yes you read that correctly, Chook was so talented that he somehow managed to score television gigs. Although to be fair Attenborough never told anyone that Chook was from a zoo, instead suggesting that he was a wild animal that was emulating “the sounds of the forest“. A little white lie that resulted in many watching Attenborough’s show that all superb lyrebirds can assume chainsaw mode instead of it being an ability only possessed by those with the largest dicks.