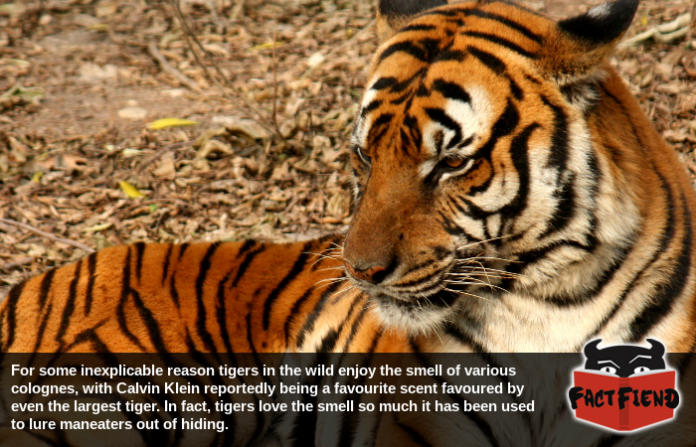 Tigers are fearsome predators that near enough no other creature in the animal kingdom, including man, could ever hope to defeat in one-on-tiger combat. However, the tiger does have an Achilles heel in the form of men’s cologne, which reportedly drives the animal mad.

Specifically, tigers in the wild are noted to absolutely fucking love the smell of Obsession for Men, with tigresses especially finding the smell almost irresistible. While we’re personally above making a “pussy magnet” joke about the scent, feel free to make your own when you’re half-remembering this story over drinks with your friends. 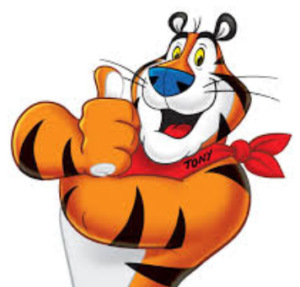 In addition to attracting tigers, the cologne has been utilised by zoos and animal photographers worldwide to attract a host of other big cats, such as cheetahs. An animal famous for being so fast it could sprint-tackle you with the force of sledgehammer strapped to a ceiling fan as well as both jaguars and cougars. 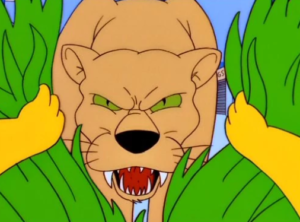 Now while we’d like nothing more than to tell you that big cats are seemingly so, well, obsessed with Obsession for Men because of it’s trademark blend of spices and citrus, the truth is more mundane, but still kind of hilarious. You see, one of the active ingredients in Obsession for Men is a synthetic version of a naturally occurring pheromone secreted by a small mammal known as a civet. Or to be more accurate a synthetic version of a pheromone it secrets from a special gland in its anus. Before we continue feel free to act all smug about the fact Calvin Klein charges people hundreds of dollars to smell like a small mammal from Africa took a shit on their head. As an aside, Chanel No 5 also apparently attracts big cats, but most people tend not to use it because it cost more than Obsession for Men.

Moving on, the aroma produced by civet’s asshole is noted as being especially attractive to cats of all sizes, up to and including giant fucking tigers. So much so that when researchers want to find a big cat in the wild and they run out of ideas about how to do so, they’ll buy a couple of bottles of the cologne and slap it all over a piece of meat. Something hunters in India resorted to doing to attract a tigress that had killed and eaten over a dozen people.

As an idea of how good at attracting tigers and the like Obsession for Men is, they decided to use it after everything from thermal traps to elephants failed to capture it. Exactly how much of a role the cologne played in capturing the tiger is unclear, but it was caught mere days after they started using it so, yeah.