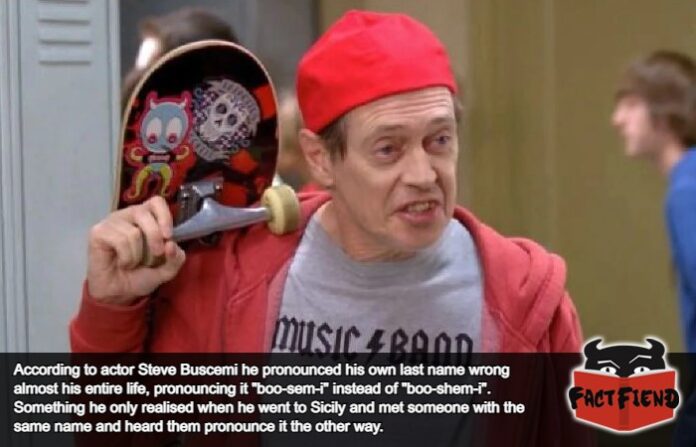 Steve Buscemi is an esteemed actor known for his roles in some of the most critically lauded pieces of entertainment ever made and the fact he looks rougher than a dog’s arsehole 95% of the time. The latter of which being the thing we respect most about him because, relatable. The actor is also notable though for his last name, which he’s sheepishly admitted to pronouncing wrong for about 5 decades.

First of all, for the curious, Buscemi’s last name is supposed to be pronounced “Boo-shem-i”, something the actor himself discovered when he visited Sicily with his family and literally met like four people with the same last name who pronounced it that way. 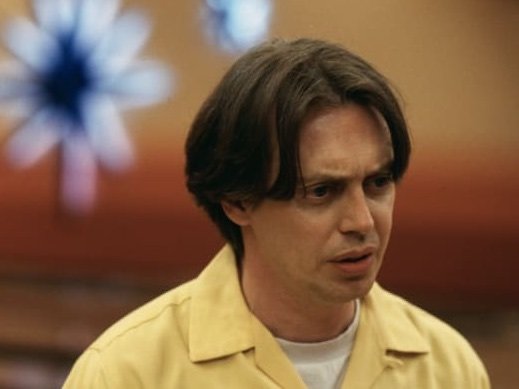 So that you don’t have to Google it, yes Steve Buscemi is of Sicilian descent on his grandfather’s side so that is the correct way to pronounce his name, it’s just that neither he or anybody in his family was aware of salient piece of information. In fact, Buscemi was so clueless about the correct pronunciation of his name that even after he became a famous actor and watched as pretty much everyone he ever met pronounced it the other way he shrugged it off as people just being unfamiliar with how to pronounce an admittedly uncommon name.

The weird part though is that Buscemi has since admitted that he’s pronounced his own name for so wrong that it’s pretty much impossible for him to unlearn and as such, whilst he still pronounces it “Boo-sem-i” he never corrects anyone who doesn’t pronounce it this way. A fact that once prompted an interviewer to ask why, since well, it is his name and he can pronounce it however the fuck he wants. Buscemi’s response “well, it’s not wrong”  which is kind of hard to argue against because, it’s not, but it is very, very funny.