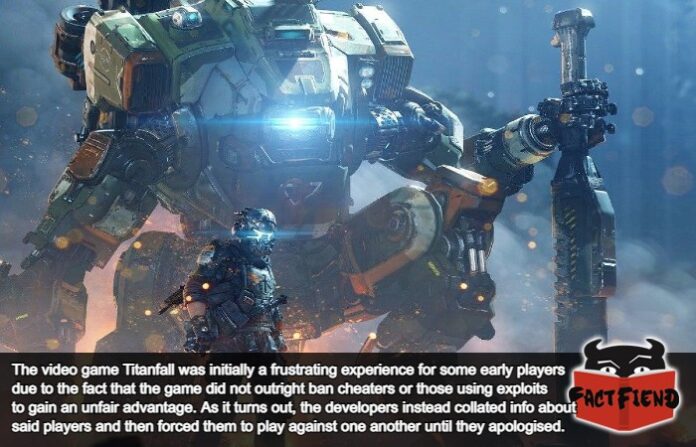 Titanfall is a video game in which you can punch people into pink mist from the cockpit of a 20 foot tall robot that talks like a British butler. In short, it’s fucking awesome. It was also, like a lot of videogames featuring competitive elements, filled with cheaters. Cheaters the developers punished by making them test their cheating mettle against other cheaters.

A first person shooter developed by Respawn Entertainment, Titanfall was a game designed to push the limits of the genre by introducing elements that had never been seen before. Mainly 40 ton robots who could whip you out of the air like a fucking boss.

With a primary focus on mobility, action and giant fuck off robots, the game was popular, is not a little underwhelming according to some critics due to a lack of story. Which we’d argue isn’t important if it was cut so that they could add more robots but whatever.

Anyway, whilst well received an issue with the game on PC was that it was filled to the brim with cheaters using things like aimbots and wallhacks. The former being especially baffling for the developers due to the game literally having a weapon that automatically locked onto an opponent for players who were too shit to aim and dodge engine block sized bullets traveling at half the speed of sound. 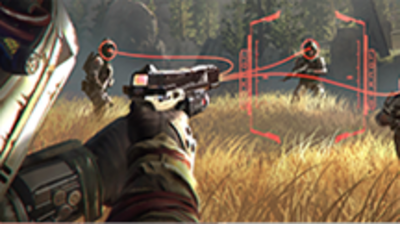 As it would later emerge, Respawn were well aware of these cheaters but rather than ban them outright, tracked their behavior and movements using a system known as FairFight. Which sounds dumb but we feel compelled to mention isn’t even the most on-the-nose name for a piece of anti-cheating software with that title going to THE WARDEN used by Blizzard.

Moving swiftly on, after collating as much information as they could to ensure as few false positives as possible Respawn enacted their plan, a cheater kumite where cheaters would be pitted exclusively against other cheaters and shitbirds.

More specifically the developer took every cheater their system found and rather than just banning them from the game and telling them to eat a dick, put them into special servers filled exclusively with other cheaters. Helpfully alerting cheaters to this fact by informing them that they were about to enter into “the Wimbledon of aimbot contests” and that they better be damn sure that the hacks they paid for worked because if not, they were going to have a very bad time. A pretty baller move that was widely lauded by everyone except the cheaters who were forced to spend every game being styled on by other cheaters who spent more money than them on their big cheats. Which of course, is very, very funny.