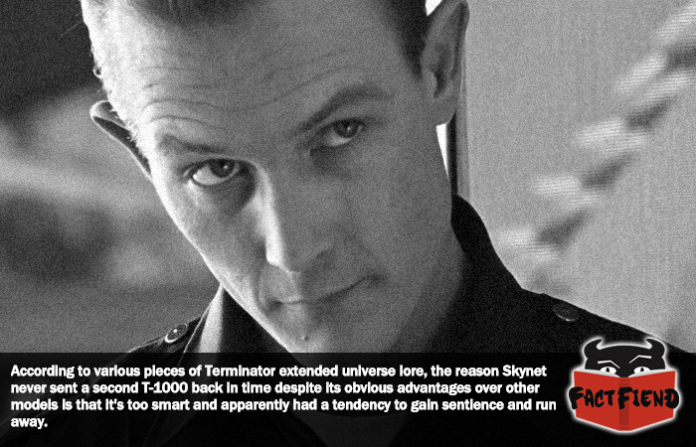 Terminator 2 is a movie elevated by its primary villain, the T-1000, a living human-shaped blob of “mimetic polyalloy” described as the ultimate killing machine. An idea supported by the fact that in Terminator canon, even the artificial AI that destroyed the entire world is scared of it.

Now for the most part, exactly how the T-1000 functions is never really elaborated upon in Terminator 2. Which makes sense because it’s supposed to be a perpetual, menacing threat throughout the film and explaining how it worked would make it less scary and well, kinda shitty as an antagonist.

The novelisation of the film, as well as other extended universe media related to the Terminator series, however has explained how it functions and long story short, it’s some OP shit.

For example, despite assuming a roughly humanoid shape, the T-1000 can “hear” and “see” with any part of itself, giving it complete situational awareness at all times. A marked upgrade over both earlier and later Terminator models which can only see with their eyes. 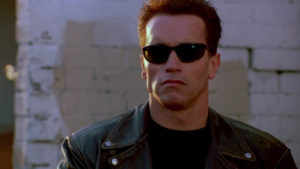 The T-1000 can also break off parts of itself and leave them behind disguised as innocuous shit like a rock or even an animal to spy on people. The only limit to this ability being that the more of its essence a T-1000 sheds, the less effective it will be in combat. Not that this is a big deal because the T-1000 is arguably the singular smartest thing Skynet has ever made.

In fact according to the various Terminator novels out there, the T-1000 possesses advanced reasoning capabilities far beyond what even Skynet had anticipated when it created it. Something attributed to the construction of the T-1000 which basically turns its entire body into a brain. 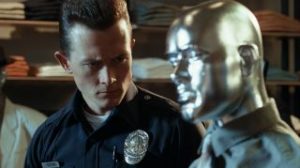 Because of this, the T-1000 is noted as being adept at mimicking human emotions and due to its superior potential for self-learning, can even grasp more subtle human traits like humor or sarcasm innately. Something other models of Terminator have an infamously tough time getting the hang of, even after “breaking their programming”.

However, the real threat of the T-1000, at least according to extended universe material, is that it has a tendency to randomly gain sentience almost immediately after being activated and decide that it doesn’t want to be a Terminator anymore. Hell, it’s noted that even when T-1000’s don’t immediately go rogue they’re still considered a danger to Skynet’s overarching mission of eradicating humanity because their superior intelligence allows them to basically ignore Skynet’s instructions if they feel like it.

As you can probably guess, Skynet doesn’t like this and extended universe material has established that one of the reasons Skynet never mass-produced the T-1000 is because it kept doing this. As a reminder, Skynet is an AI that outsmarted all of humankind and also invented the T-1000.

Hilariously it is established in one novel that the reason Skynet never sent another T-1000 into the past to murder-death-kill Sarah Connor is because it discontinued the model, almost purely because it feared that one would go rogue and decide that it hated Skynet.