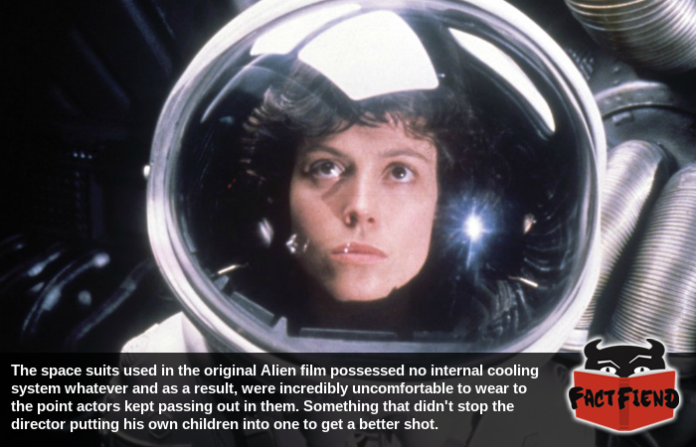 Alien is a film carried by a combination of astounding cinematography, direction and acting working in tandem to make a 7ft tall guy in a rubber suit the scariest fucking thing in the world. Weirdly, while you’d think the guy in the alien suit was the most uncomfortable guy on set, it was everyone who had to wear a space suit.

Before that though, for anyone who isn’t familiar with how the eponymous alien death-monster was realised in the movie bearing it’s name, it was, for the most part, played by a really tall guy in a suit. Specifically Bolaji Badejo, a Nigerian student who a member of the production crew happened upon in a bar who was cast because he was not only very tall, but very thin, giving him inhuman looking proportions in full costume.

Prior to this it’s noted that the crew tried casting everyone from Peter Mayhew (the actor who played Chewbacca) to circus-level contortionists. All of whom just didn’t fit the idea of the alien director Ridley Scott had in his mind. This changed when Badejo came in and blew everyone the fuck away with his calm and deliberate performance, elevating the Alien from a mindless monster to a calculating and ruthless killing machine.

Now the suit Badejo had to wear famously didn’t fit properly and underwent several redesigns during filming. Even then, the actor never once complained or made a fuss, earning him the nickname “the quiet man” on set. 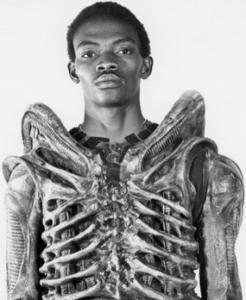 Other actors on set meanwhile complained all the time, which is fair because unlike Badejo’s cool alien suit, their space suits nearly fucking killed them every time they put them on. This is largely because none of the space suits had cooling systems built into them. Which on its own wouldn’t have been that bad if filming of Alien didn’t just so happen to coincide with a massive heatwave. As if this all wasn’t bad enough the space suits also (initially) didn’t have a venting system, meaning in addition to overheating every time they put them on, the actors were also at risk of straight up just dying of carbon dioxide poisoning.

Amazingly it reported that despite the very real risk of anyone wearing one of the suits straight up fucking dying, Ridley Scott made the decision to put his own children in one for the sake of a shot. You see, when the time came to film the famous Space Jockey scene, Scott didn’t feel that the set looked big or imposing enough. Rather than make it bigger, Scott had the crew make smaller versions of the space suits worn by the cast and put his two sons and the son of a cameraman put them on while walking next to it. 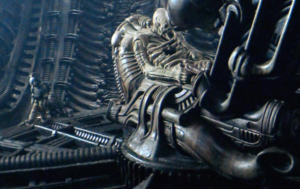 As expected, the kids didn’t do too well coping with the heat and reportedly almost passed out. Something that led Scott to start having nurses on set carrying tanks of oxygen and the prop guys to put ventilation into the suits, you know, to stop people dying.