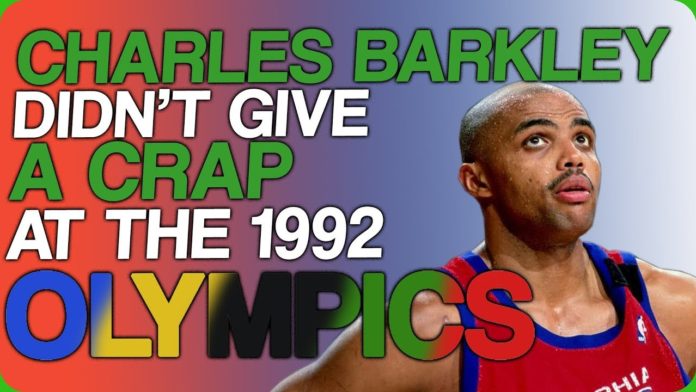 The 1992 United States men’s Olympic basketball team was so utterly dominant on the court and crammed with such an insane amount of latent basketball energy that many sports analysts simply referred to it as “The Dream Team”. Perhaps the most controversial member of the Dream Team of all was Charles Barkley who basically spent the entire Olympics trying to erase the concept of givable fucks from human consciousness.

For anyone unfamiliar with basketball, the Olympics or the 1992 men’s Olympic basketball squad specifically, the best way we can get across how crammed with basketball talent the squad was by noting that it featured half the fucking cast of Space Jam sans Bugs Bunny who couldn’t play due to scheduling conflicts. 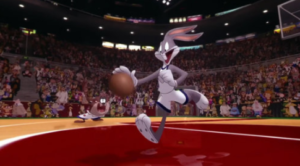 Winning every game with more than 100 points on the board (an Olympic record at the time), the dream team was so untouchable that many opposing teams simply resorted to trying to go for dunks and 3 pointers. Not to score points mind you, but simply for a chance for one of their b-ball heroes to notice them do something cool.

Fairly confident that the collective basketball prowess of the entire fucking NBA could beat most any opponent half drunk and fully hungover, the team’s coach told the team that they could do whatever the fuck they wanted when they weren’t playing. As a result most players spent the majority of their time sipping fancy cocktails with their dongs flopping around at hyper-exclusive nude beaches or gambling away their pensions in swanky Monte Carlo casinos until like 4 in the morning. Most we should mention, except Sir Charles.

Rather than hiding himself away in the $1000-a-night five star hotel the Dream Team stayed in instead of the Olympic village pounding drinks from the minibar or enjoying complimentary drinks in the VIP room of a nightclub, Barkley spent most of his time walking around Barcelona signing autographs.

According to a Sports Illustrated reporter who witnessed one of Sir Charles’ many late night walkabouts noted The Round Mound of Rebound seemed to not give all that much shit about the fact he was mobbed by hundreds of people everywhere he went. Hell even when things seemed to get dangerous (multiple threats were made against the lives of players in the team, necessitating them staying in the aforementioned fancy hotel) Barkley laughed them off. For example during one outing an elderly, shifty looking man cornered Barkley and began pointing in his face and laughing manically, Barkley’s only response was to stare the man down before saying “You’re crazier than I am!” and walking away.

Barkley’s insistence on walking around without security understandably worried his teammates and, well, his fucking security detail who openly asked the star if he was worried about you know, being murdered or something. A question Barkley answered by slowly raising his giant man-fists and loudly proclaiming “This is my security!” Again, before walking away so casually and with such nonchalance that the ground beneath his feet turned to easy listening reggae CD’s.

As if this doesn’t make him sound cool enough Barkley’s chillaxed attitude reportedly extended to his relationship with the press, with a writer for USA Today called David DuPree recalling in a later interview that they had a standing arrangement with Barkley to meet up after games and get the scoop on what went down. Which would have been great if not for Barkley’s annoying habit of up and disappearing like a fart in the wind.

You see according to DuPree tracking Charles down after a game was a major pain in the dickhole because he simply wouldn’t stay in the same place long enough. Luckily for DuPree, Barkley would always leave a note whenever he left a bar or club letting him know where he’d gone. The thing is, by the time DuPree got this note and followed its directions Barkley would have already moved on again and in his place would be yet another note. A sheepish DuPree would later admit to GQ magazine that it wasn’t uncommon for him to find and follow like 6 of these notes in a given evening to get his scoop. Meaning yes, during the 1992 Olympics Charles Barkley wiled away his evenings leading reporters on a treasure hunt throughout Barcelona in which he was the only prize.