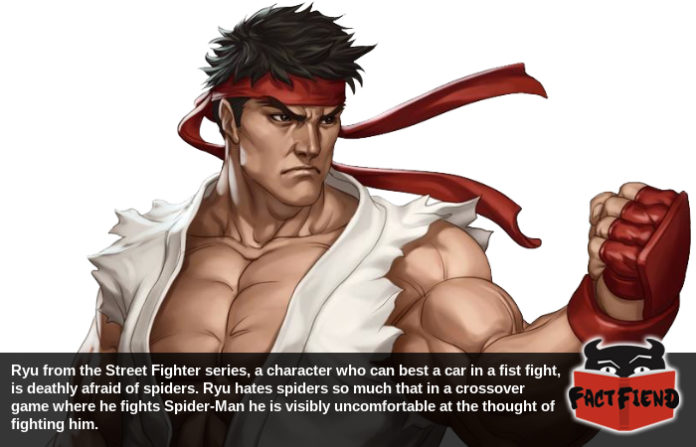 Ryu is a video game character who shoot balls of pure energy from his fists and can beat a brick wall in unarmed combat. Despite seeming utterly fearlessness, Ryu is known to have a single Achilles heel, spiders. Something he fears to such an extent even Spider-Man makes him uneasy.

Recognised as one of the strongest fighters in the Street Fighter series, Ryu has bested masters of near every martial art on Earth and has honed his body into a living weapon. Ryu can defy gravity while kicking things located behind his own head, throw people 10 feet through the air and almost punch people’s heads clean off by focusing all of his strength into a single, world-ending uppercut. 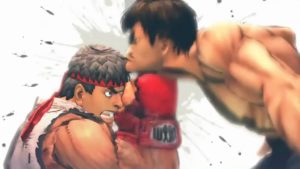 Not content with karate-kicking the dick off of everyone in the Street Fighter universe, Ryu has also ventured into over a dozen other franchises to beat the shit out of people there too. Most notably Ryu has spent over 2 decades facing off against heroes and villains from the Marvel universe, which has allowed him to test his mettle against various super-powered individuals as well as shake hands with at least one asshole. 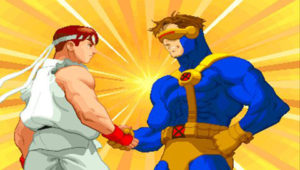 In one of these games, specifically Ultimate Marvel Vs Capcom 3, if you make Ryu square off against the spectacular Spider-Man, rather than relishing the chance to have a fist-fight with one of the Marvel universe’s greatest heroes, Ryu shudders and says, “I hate spiders.” It should be noted that Ryu doesn’t express anything close to fear when facing off against any other opponent in the game, even fucking Wolverine. What’s more, Ryu goes as far to breath a sigh of relief upon beating Spider-Man, calming himself by admitting that fighting a man-spider wasn’t as scary as he thought it’d be. 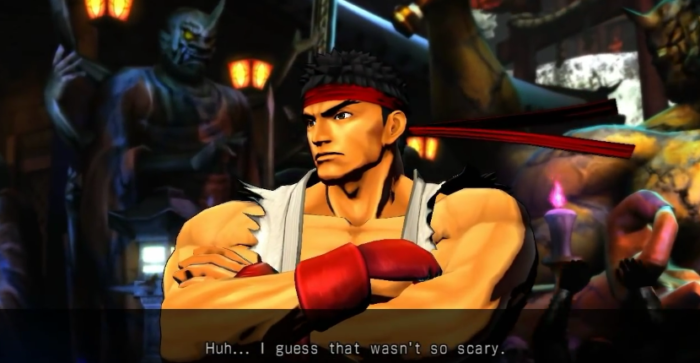 Which is weird, right? This is a guy who punches the shit out of cars and calmly steps into a ring with a guy wearing a gauntlet with knives strapped to it. Why on God’s green earth would this smouldering hunk of man be afraid of spiders so much that even a guy with one on his fucking uniform scared him?

Well, according to the backstory given for Ryu in the manuals of various Street Fighter games, he’s terrified of spiders because a friend put one in his mouth while he was asleep as a child. Which, well, is a perfectly fucking valid reason for hating spiders. As for who that friend was, according to Street Fighter media the guy who put that spider in Ryu’s mouth was none other Ken Masters, Ryu’s longtime rival from the series. Now you’d think Ryu would hate Ken for doing this, but the two seem to be on pretty good terms which we think is a great lesson for everyone reading. Just because someone shoves a spider in your mouth, it doesn’t mean you can’t be friends. 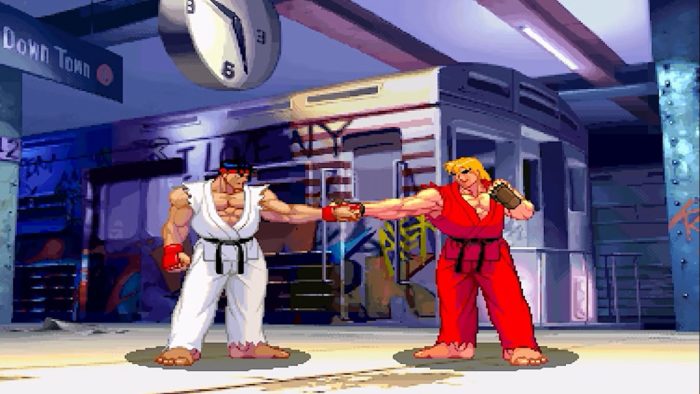