Want to see this article read out in real time with some bonus facts about ducks having endless amounts of gay sex? Then click the video above. If you’d prefer to read the original text, you can find it below.

Of all the things we thought we’d cover on this site, penguin sex was right at the bottom of the list next to the benefits of setting things on fire and the death of Keith Richards. But alas, here we are.

In particular we’re here to talk about the freaky-ass sex life of the adélie penguin, which was so shocking for an early Antarctic explorer that he steadfastly refused to write about it in his diary in anything other than ancient Greek. Why? To ensure that only a very well educated person with purely academic interest could read it, you know instead of some wierdos who got off on penguin sex. 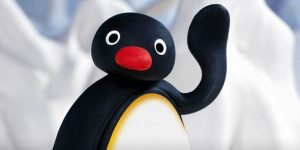 This explorer was a guy called, George Murray Levick, a man who spent several months living amongst the adélie penguins in their natural habitat between the years of 1911 and 1912, learning their ways and insulting their dress sense. During this period Levick was an eager beaver witness to the adélie penguins breeding season, something no human would ever witness again in its entirety for over a century.

However, what Levick witness was so monocle droppingly shocking to his early 20th century sensibilities that he was hesitant to even make note of them. So what was so shocking? Well to put it blunty, Levick saw male penguins engaging in the sorts of sex you get put on a FBI watch-list for searching for on Google. Along with oodles of penguin foreplay and the occasional bout of rigorous and thoroughly satisfying penguin intercourse, Levick saw and made note of male penguins humping the shit out of deceased, frozen penguins that had been dead for days, weeks and in some case, years.

These shocking acts of penguin depravity shook Levick to his core and left him with a difficult choice, the scientist inside him knew that he had to record what was happening because, science. However, the gentlemen inside him knew that what he’d seen would never be published fucking anywhere if he wrote about it honestly. So, Levick hatched a cunning plan, he’d record everything he’d seen in excruciating detail, but would do so in a language that only a man of science would understand, ancient Greek.

As Levick expected, when he returned to England, he was only able to get a PG-13 version of his paper published and his own with all the sex and nudity removed, while his far more detailed directors cut notes about the trip and how the penguins liked to get their freak on were privately studied by only a handful of experts.

It wasn’t until 2012, a full century later, that Levick’s findings were properly published in an uncensored form when a curator at the Natural History Museum managed to dig up a copy of the original paper and was all, “no way” when he read what they contained.

Just think about that for a moment, there are a bunch of penguins out there whose sex life is so amazingly lewd, that an actual scientists had to write all of his notes in a different language just so that he didn’t offend anyone. That’s impressive anyway you look at it.