While it would bring us untold amounts of joy to inform you that scientists attached a grenade launcher to a space rocket and made it fire salvo after salvo of explosives into the clouds, just fucking because, we’re afraid that the actual reasoning behind this phenomenally metal occurrence was rather mundane.

You see, in the very earliest days of the space race, when we could barely get a rocket into the lower and hence much shittier parts of the atmosphere, scientists really weren’t sure about how anything worked up there, which is kind of a big deal when their eventual plan was  to start sending dogs and legendary womanizers into the heavens. 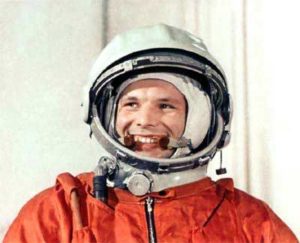 Because the space race has largely been categorized as an international dick measuring competition between America and what was then, the Soviet Union, it’s a fairly obscure fact that the British have been sending rockets into space since the late 50’s. While none of these rockets were manned, many of them carried sensitive pieces of scientific equipment that was being used for cutting edge research into what existed beyond the confines of gravity, some of them also carried grenade launchers.

These grenade launchers were attached to Skylark rockets (popular rockets of British invention that were commonly used for suborbital experiments) which would then be launched into the atmosphere, once the rocket reached an adequate height, it would then begin firing dozens of grenades into the sky. Why? Well, the explosions from these grenades could be picked up by equipment on the ground which then allowed scientists to estimate the average density and temperature of the air at the heights the rocket managed to reach. Just to remind you, this was an experiment they conducted in the 50’s!

Obviously, as time went on the need for experiments as crude and awesome as this slowly wained and even the Skylark rocket itself was eventually retired almost 50 years later in 2007. But never forget that for a brief, but awesome moment in the late 50’s, there was a time when being a space scientist involved shooting a grenade launcher attached to a rocket ship.