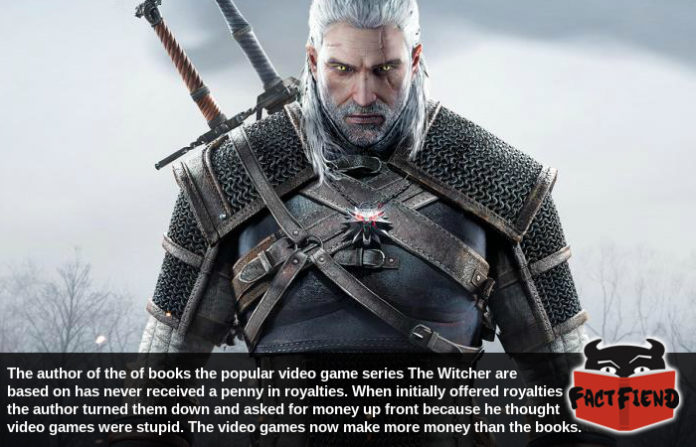 Andrzej Sapkowski may not be a well-known name in the literary world, or even an easily pronounceable one, but he very well could have been if not for the fact he once turned down an offer that could have made him a household name and a millionaire because he thought video games were a worthless medium.

To explain, Sapkowski is the guy who authored the The Witcher series. Initially beginning with short stories in the early 90’s and later entire novels, The Witcher mostly centres around and details the numerous adventures of of Geralt of Rivia. A silver-haired badass who variously spends his time either slaughtering giant monsters and having sex with women on top of unicorns.

After enjoying middling success in his native Poland, Sapkowski was approached by Metropolis Software about the possibility of adapting the series into a video game. At the time Metropolis Software was helmed by a dude called, Adrian Chmielarz who was a fan of the books and believed that his studio could turn them into a kick-ass video game.

Sapkowski disagreed and generally acted like a dick in the meeting, deriding video games as a medium as being “stupid anyway”. When Chmielarz offered the curmudgeonly author a one-off payment in addition to a generous royalty package that also allowed him to retain creative control over any game they made, Sapkowski haughtily turned it down, telling them to pay him upfront because the game would never make any money. Which to be fair, was kind of true.

You see, after trying and failing to change the author’s mind, Chmielarz agreed to the deal, wrote him a check and secured the rights to the series for his studio. Metropolis Software then went right ahead and did fuck all with the rights because the game they attempted to make was simply too ambitious. This failure to deliver left the water clear  and allowed a larger Polish studio called CD Projekt Red to swoop in in the early 2000’s.

The story goes that after hearing that Metropolis Software’s Witcher project had stalled a representative of the CD Projekt Red got in touch with Sapkowksi to ask about the status of the rights to the series. Sapkowski reportedly told the studio that he didn’t have a clue or really give a shit who, if anyone, owned the rights to make a video game about his story and told them to find out if they cared so much. After learning that the faltering project meant that the rights to The Witcher had indeed once again reverted to Sapkowski, the studio similarly offered him a share of the profits and a one-off payment for them. Perhaps emboldened by the failure of the previous game adaption of his work, Sapkowski again thumbed his nose at the offer and demanded cold hard cash. The studio obliged and then went on to turn The Witcher into multi-million dollar franchise.

But here’s the stinger, Sapkowski has since admitted that while he bears the studio no ill will, he fucking hates that the universe he created is now more closely associated with the video games he shit all over. In fact, according to Sapkowski he is regularly approached by fans who assume that it’s the novels that are based on the games. Something he admits makes him very annoyed.

Because Sapkowski wanted nothing to with the games, CD Projekt are free to make whatever fucking changes they like to the story without his approval and the success of the games internationally means that their version of Geralt is the one most people know, meaning English copies of the book look like this. 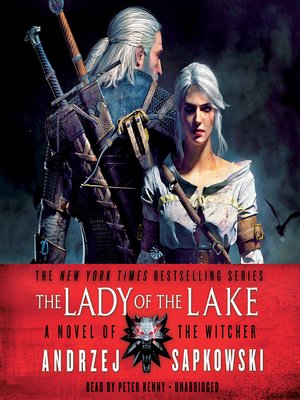 What makes it worse, at least for Sapkowski, is that The Witcher games are generally considered to be astounding and are consistently ranked amongst the best ever made meaning there’s a very real possibility that in a few decades time, they could be more fondly remembered than the novels that inspired them. A prospect he’s apparently terrified of.

As an idea of how much of a kick in the dick that must be for Sapkowski, imagine for a moment if J.K. Rowling had insisted on a big bag of money from Warner Bros for the rights to make Harry Potter films instead of creative input and a big bag of money. Imagine how sad you’d feel as a fan of the books seeing J.K. Rowling at fantasy conventions begrudgingly signing DVD copies of the The Philosopher’s Stone, that’s the life Sapkowski now has to live. To be clear, we’re not making that up, Sapkowski has totally admitted that fans frequently approach him to sign copies of the game at conventions and despite his feelings about the game, he signs the copy and thanks the fan because he doesn’t want to impolite. There’s not a word to describe the kind of impotent rage reading that inspires in English, but we sure as shit bet there’s one in Polish.