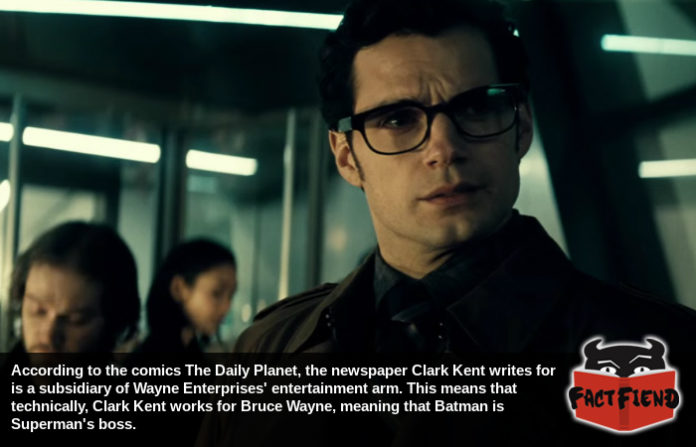 Considering he can fire planet-obliterating lasers from his eyes and has arms strong enough to hurl a bowling ball into orbit, you wouldn’t think there are many people in the DC universe with balls big enough to tell Superman what to do. Apparently though there’s one person Superman does have to listen to, Batman. Because the Dark Knight is technically his boss.

This is because the newspaper Superman inexplicably works for when he’s not flying around punching hurricanes to death is a subsidiary of Wayne Enterprises, specifically the companies entertainment arm. Wayne Enterprises as you probably is know is better known as the company Bruce Wayne embezzles the money of so he can dress like a bat and slap criminals. 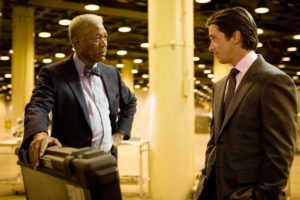 This means that technically the mild-manner bumble-king known to the world as Clark Kent works and has his paychecks signed by Bruce Wayne.

Now this in of itself is kind of amazing, but it gets better because the person Batman bought the Daily Planet from was Lex fucking Luthor. This means that before he worked for Batman, Superman worked for his own arch nemesis. 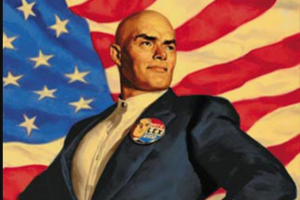 Luthor, being the magnificent dickhead he is, bought the Daily Planet almost purely to be an asshole to editor Perry White for publishing articles criticising him. Luthor’s first action as owner was to fire almost everyone working for the paper and send those who remained (including Clark Kent) to go work for his internet company, Lexcom to write shitty clickbait articles about how great he is. Because Lex Luthor might not be all that great when it comes to fighting Superman but he’s amazing at shitting on Clark Kent.

Luthor eventually sold the Daily Planet to Bruce Wayne for the princely sum of a single dollar after Lois Lane promised to bury a single negative story about Luthor, no questions asked. So yeah, if you thought Batman Vs Superman made Clark Kent look like a shitty investigative journalist just remember that in the comics his girlfriend once promised to sacrifice her professional integrity just to get him his job back and he never found out about it.