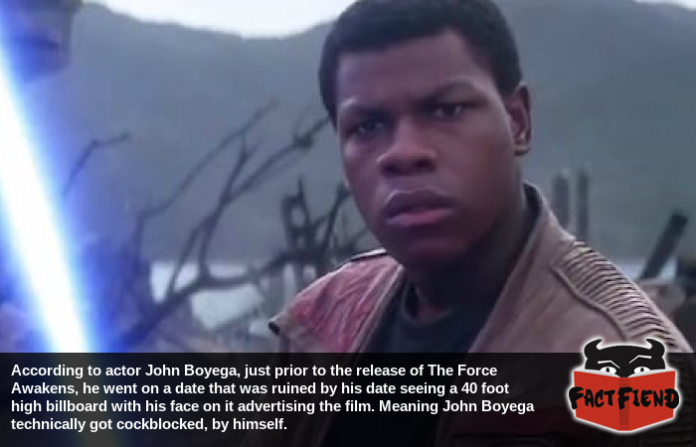 Dating is difficult but there are a few things that can make it a little easier, such as being a multi-millionaire, big-dick actor starring in one of the biggest movies on the planet, or at least you’d think so. Because if a story from John Boyega is anything to go by, even that isn’t a guaranteed way to ensure success on a date.

Now for this story we have to go back in time to just before the release of The Force Awakens, a time when nobody really knew who John Boyega was and people were actually excited about the idea of a new Star Wars movie instead of shitting on it from a great enough height for the turd to catch fire on reentry.

Anyway, according to Boyega he was hanging around in New York doing promo things and managed to land himself a date. A date that he recalls was going very well, at first with all the usual first date things happening, small talk, drinks and we presume, a whole fuck-ton of Boyega’s trademark South London charm. 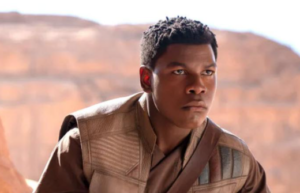 However this changed when Boyega’s date asked him what he did for a living just as they happened to be driving through Time Square. You see, at that exact moment the date asked Boyega what he did for a living and the actor, spying a chance to perform what many would later describe as a baller move of the highest order, responded by simply pointing towards a 40 foot high billboard of his own face splashed across a building nearby and saying. That. 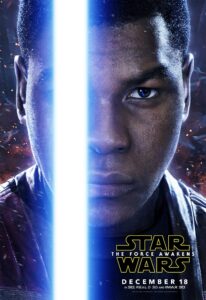 Unfortunately for Boyega the move had the exact opposite effect that he’d anticipated with the date becoming immediately put off, telling the actor “that’s not the life for me.” Referring to the idea of being in the limelight constantly. A sentiment Boyega respected the shit out of and, according to him, made her even hotter. Which makes sense because what’s hotter than a girl who gives that few fucks.