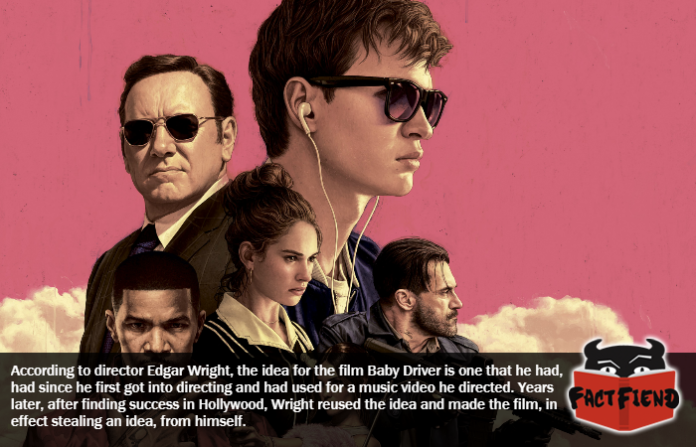 Baby Driver is an unusual cinematic beast in that it is blend of two things that wouldn’t orindarily go together. Mainly a music video and a heist film centered around car chases. Luckily the film was directed by a guy known for his genre-subverting movies, Edgar Wright. A man who would admit to “borrowing” the idea of Baby Driver from a young upstart filmmaker called, erm, Edgar Wright.

If for whatever reason you clicked an article featuring his name without knowing who the hell Edgar Wright is, he’s a director/writer who’ very popular with the team behind this website. Known for his distinct, kinetic style of film-making and possessing an eye for detail keener than a hawk with a sniper rifle, Wright is one of the most unique and celebrated voices in his field. He also made Hot Fuzz so gets a pass forever from this website.

In regards to Baby Driver, Wright has revealed in numerous interviews that he has had the idea for a, in his own words, “car chase movie driven by music“, since his early 20’s and his very earliest days as a director. The problem was that, while Wright’s idea was unique and one he knew would be a success if he ever got a chance to realise it fully, he also knew it would be expensive as balls to film.

As a result Wright ended up using the basic idea for the film, mainly that of a getaway driver who uses music to help him time everything, for a music video. Specifically this one for the band Mint Royale. Now although the film wasn’t exactly like the film, largely because the lack of budget meant the video ended just as the getaway began, the similarities with Baby Driver are immediately obvious.

So obvious in fact that Wright was genuinely annoyed with himself for “cannibalising” the idea for the music video, despite how well received it was. However, unbeknownst to Wright, the video ended up catching the eye of other directors, including one J.J. Abrams who ended up telling Wright during a joint interview that the basic idea behind the video would make a great movie.

Likewise, after Wright had established himself as a director with serious, large-dick chops and was basically offered a blank cheque by studios to make any movie he wanted to, he was able to use the video as a proof of concept for the, at the time, novel idea of a heist movie set to music. So all in the long run, the whole thing worked out quite well for Wright. 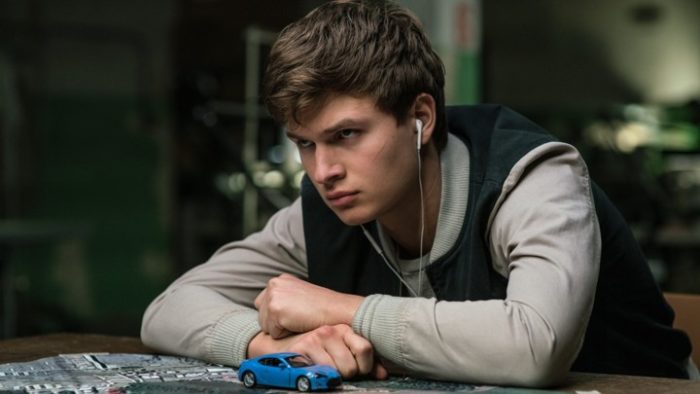 We’re not done yet though because amusingly this isn’t the first time Wright had reused one of his own ideas and turned it into a feature length movie because, believe it or not, he did the exact same thing for Shaun of the Dead. Specifically the impetus for the whole movie was an episode of the show Spaced (also directed by Wright) in which the main character gets high and hallucinates a zombie uprising after playing too much Resident Evil 2. If you’re currently thinking, well that’s a fairly broad concept and it doesn’t necessarily mean Wright ripped off his own idea, we should point out that the cast of the show Spaced all appeared in Shaun of the Dead in some capacity. Most notable Simon Pegg who’s the lead character of both. 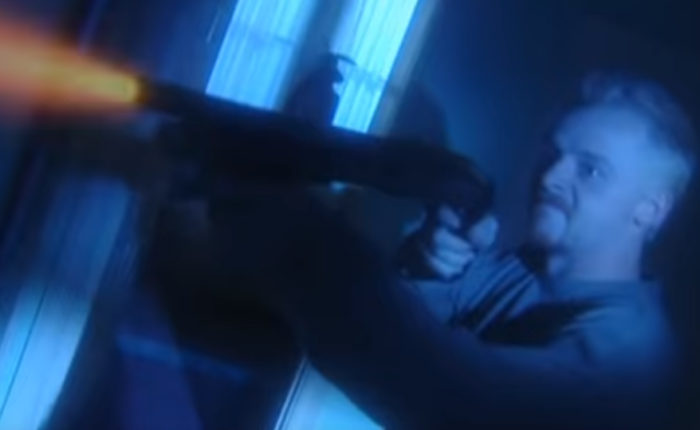 Which is just proof that nobody minds if you borrow ideas in Hollywood, provided the person you borrow from is yourself and you’ve got a directing penis as long as Wright’s.