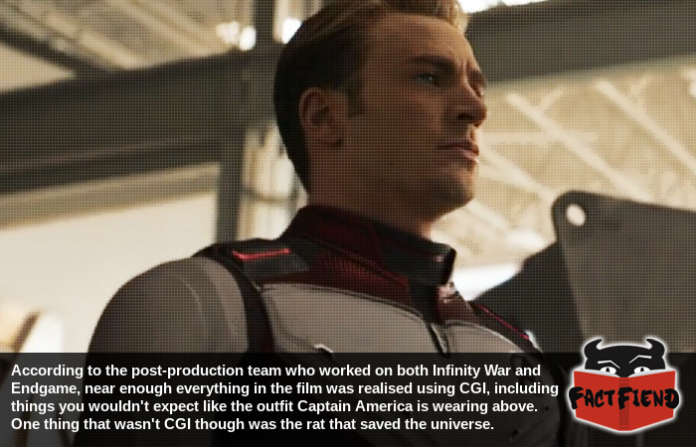 The MCU has helped popularise a number of things, mainly, superhero movies and Chris Evans’ arms. However, a more subtle thing the MCU has gently nudged into the forefront of cinema is CGI. Or more specifically, good, seamlessly blended CGI.

Now as silly as it may sound to praise the subtlety of CGI in the MCU given that well, almost every single film in the series has a giant battle at the end that was probably filmed on like 4 square miles of green-screen fabric.

That’s actually kind of the point we’re trying to make because while it’s fairly obvious that a battle between every Avenger on Earth and Thanos’ army is CGI, there’s a ton of stuff that was realised using special effects that you’d never expect or notice. For example, consider the time-suits from Endgame. 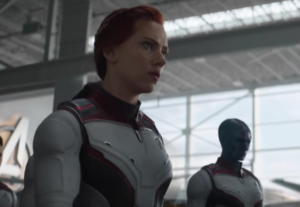 Now you’re probably that they got a costumer designer to throw those together in like five minutes, because, you know, Disney Money. In reality though the suits didn’t exist, at all, as in they were wholly realised with CGI. 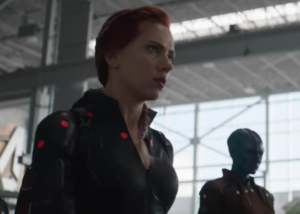 Why? Well because Infinity War and Endgame were filmed and edited back-to-back and the time with talent was limited, the decision was made to just fix a lot of that shit in post. In regards to the time suits specifically, realising them with CGI may seem a little over the top, but it did allow the team to tinker with the look of the suit until the last possible second without having to worry about bringing back all of the actors for another round of filming if they changed something.

For example, an idea early in development was for the suits to utilise the same energy bubble tech showcased in the Guardians of the Galaxy movies that allowed people to breath in space. However, they quickly realised that this looked fucking stupid and scrapped the idea.

Not content with fabricating clothes out of thin air, the post production team also conjured up an entire building. Specifically, the building where Captain America kicks the shit out of himself. 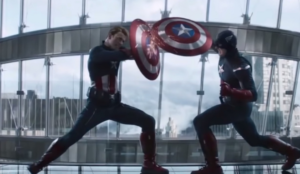 Literally every single thing in that shot except Captain America is CGI and even that is kind of not true because they also used CGI to put Chris Evans’ face and the Captain America helmet onto his stunt double. And to be clear when we say that everything is CGI we do mean everything. Hell, even the shield was made using CGI.

A fact that makes it kind of amazing that the one thing in Endgame that wasn’t realised with computer trickery was the rat that set the events of the film in motion. Yep, in a film where they used CGI to fabricate things as mundane as Captain America’s shield, you know a physical prop they’ve literally had on hand since the first movie in the franchise …

When the plot called for a rat to crawl in a highly specific manner onto one specific spot, rather than just accomplish it with CGI like they did with almost everything else in the film, they opted to bring in a highly-trained stunt rat. Sadly, despite being arguably the most important character in the movie, since it did set the entire plot in motion afterall, nobody is quite sure what the rat’s name was. Which is a shame because we’d pay good money to see that rat on talk-shows.