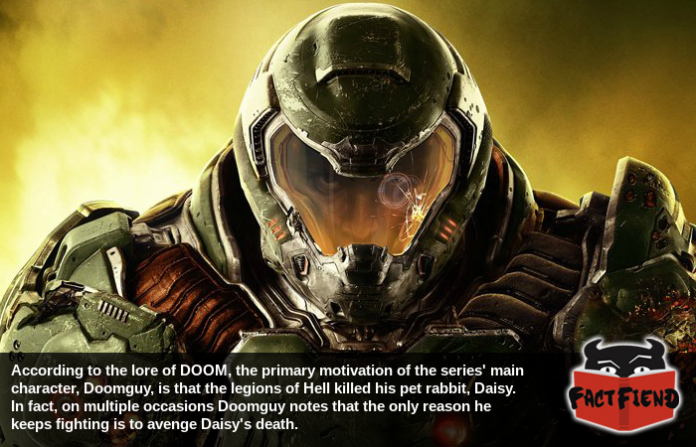 Doomguy or the Doom Slayer if you’re so inclined, is a video game character defined by his unending obsession with slaughtering the endless legions of Hell. An obsession he only has because Hell made the mistake of killing the one thing Doomguy gave the remotest whiff of a shit about, his pet rabbit, Daisy.

Something to clear up before we continue is that the lore of DOOM is exceedingly convoluted and filled with twisting, often contradictory narrative threads that are almost impossible to follow. In fact, depending on who you ask, the entire franchise is either a singular story following the same guy, a series of stories set in the same universe or events that happened parallel to one another in alternate dimensions. However, all you really need to know is that series mainstay and main playable character in almost every DOOM game, Doomguy really hates him some demons. 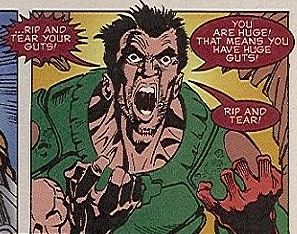 Now contrary to what you may expect given his many exploits and the fact he has canonically walked into and out of hell multiple time, Doomguy is just, well, a guy. Though the more recent, modern games have insinuated that he was augmented via unknown means, effectively making him immortal, so long as he keeps killing. This being the canonical reason why in the newer games, Doomguy is able to replenish his health, ammo and armour by ripping demons apart with his bare hands. 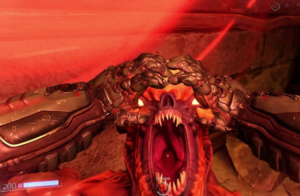 In fact, according to lore-dumps in the newer games Doomguy potentially spent eons fighting the hoards of Hell, never once stopping for rest or nourishment. In addition lore from the games notes that Doomguy also killed Hell’s greatest champion (a towering, skyscraper-sized demon called the Titan) on his own and once survived having a building dropped on him. All things he accomplished thanks, in part, to his uncontrollable bloodlust when it comes to demon-kind. A rage he only harbours because of a rabbit.

Specifically, according to many games in the series Doomguy’s hatred of demons stems entirely from the fact that his beloved pet was killed when demons first invaded Earth. With some games going as far to suggest that Doomguy continues to fight, despite the seemingly hopeless odds he faces on a near-constant basis, solely to make Hell pay for taking Daisy away from him. 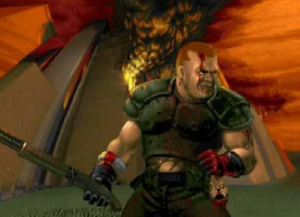 As an idea of how single-minded Doomguy is in his mission to eradicate denizens of Hell, his bio for the game, Quake Champions, (a game which suggests every DOOM game is canon) notes that he still carries around Daisy’s foot. Not for luck, but as a reminder of the countless innocents the demons have slaughtered during their invasion.

In DOOM: Eternal on the other hand Doomguy’s bedroom is an area the player can visit. As you might expect, this room is mostly filled with weapons and Easter Eggs alluding to past games. However, the room also contains a large portrait of Doomguy holding Daisy, again to possibly serve as a reminder for Doomguy about why he continues to Rip and Tear. For Daisy. 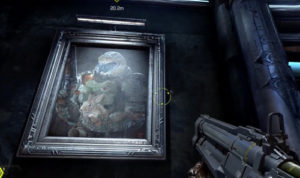