There are few characters from literature as well known and eminently recognisable as Sherlock Holmes. A character it turns out the author who created him fucking hated, so much so that he tried for years to get out of writing more stories starring him and ultimately had him suplexed off a waterfall.

That author was of course, Sir Arthur Conan Doyle, a man best known to most people for his stories featuring Sherlock Holmes and on this website for repeatedly accusing Harry Houdini of being a powerful wizard. 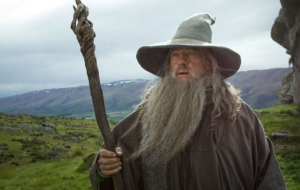 Now while Doyle was fond of the success, fame and esteem writing Holmes stories brought him, he eventually came to dislike his most famous creation because it’s all people would ever ask him about. This got so frustrating for Doyle that he flirted with the idea of killing Holmes off for years but held off, in part, because his own mother gave him shit over it.

Eventually Doyle did kill Holmes by having him izuna drop his nemesis off of a waterfall in a story aptly titled, The Final Problem. The death of Holmes came as such a shock to readers of the magazine Holmes stories appeared in, The Strand, that 20,000 of them cancelled their subscription to it on the spot. In addition thousands more wrote angry letters of complaint to both the magazine and Doyle who reportedly almost heroically non-plussed by the whole thing, simply writing “Killed Holmes” in his diary on the day the story was published.

The thing is, Doyle made himself a small fortune prior to killing Holmes using a tactic known as hustling like a boss. You see, before making the decision to kill Holmes, Doyle instead tried to dissuade The Strand from buying more Holmes stories by doubling his asking price. When the magazine still paid him, Doyle raised it again and then again until he was quoting the magazine “such an absurd amount that they would have to refuse him“. To Doyle’s surprise the magazine still paid even the most ridiculous price he could think of and were more than willing to keep paying these exorbitant sums so long as he was willing to keep farting out more Holmes adventures.

Unfortunately for Doyle’s wallet he suffered from something known as artistic integrity and even the ludicrous sums of money he was being paid couldn’t convince him to keep writing Holmes stories. That said, he did eventually get so sick of being asked about the idea of bringing him back, he did exactly that a few years later and made a bunch more money from his creation.

A move now known in the literary world as the Rowling.