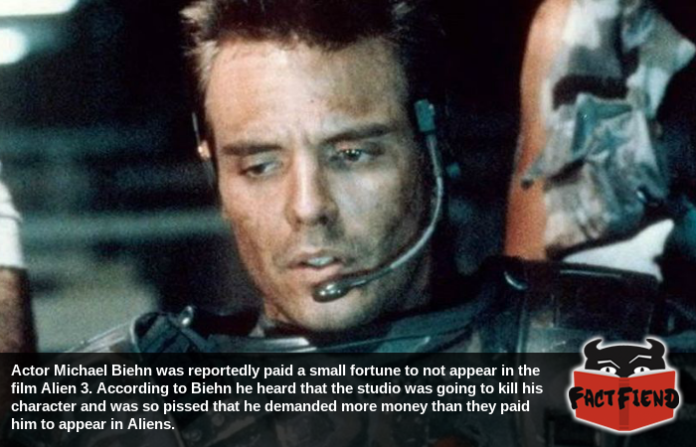 Michael Biehn is an actor best known for the role of Corporal Dwayne Hicks from the film Aliens and to a lesser extent, the film Alien 3. The latter being a film Biehn appears in for literally a couple of seconds by proxy and somehow still got paid a fortune for.

If you haven’t seen Alien 3 the film is somewhat infamous amongst fans of the franchise due to the fact it unceremoniously kills off two of the previous films most popular characters. Specifically Newt played by Carrie Henn in her first and only acting role and Corporal Dwayne Hicks played by the man of the hour, big dick Michael Biehn. 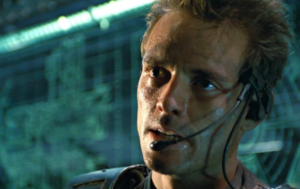 In regards to Hicks his character is literally killed off screen with virtually no fanfare whatsoever, which many fans saw as a metaphorical slap in the face for both the actor and the character. The thing is, the character was originally going to be given a way more insulting send off.

You see, according to Biehn he didn’t actually have any idea that a third Alien film was being made until a friend told him that they’d seen him in the UK. When Biehn asked them what the hell they were talking about they clarified that they’d seen a plaster mold of his body with an alien exploding out of it at Pinewood studios. Something Biehn had no knowledge of and was, somewhat understandably, all kinds of pissed off to learn because he didn’t want Hicks to go down like a bitch. To be clear, Biehn has since clarified that he would have been fine with Hicks dying, just not in such a boring, half-assed way. In other words, he wanted Hicks to go down swinging, preferably at a 9 foot tall alien rape monster. 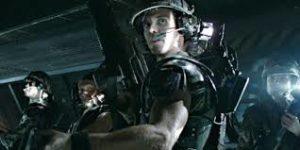 Biehn was reportedly so pissed that he immediately called his agent and demanded that the studio cut that shit out because they hadn’t paid him for the use of his likeness. In response, the film’s director, David Fincher called Biehn and asked him if he’d reconsider to which Biehn responded “go and fuck yourself.“

It ultimately took James Cameron himself stepping in to convince Biehn who was still, by his own admission, pissed off at the idea of his character being killed off. Due to this when he was asked if the studio could instead just use a photo of him to show that he’d been killed, Biehn relented and said okay. If they paid him a shit ton of money. As a result, Biehn earned almost as money from this single image than he did for starring one of the most successful movies of all time. 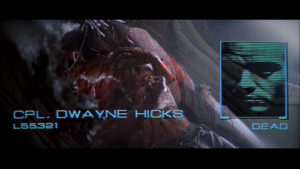 What’s really amazing though is that Biehn is still really pissed about the death of Hicks to the point it’s rumoured that the only reason he agreed to appear in the massive steaming turd that was, Aliens: Colonial Marines is because he heard that it was both canon and retconned the character’s death. Hell, Biehn even lent his voice to a dramatic reading of an early, unused Alien 3 script in which his character survived. Which is both amazing and kind of adorable that Biehn remains so attached to the character.