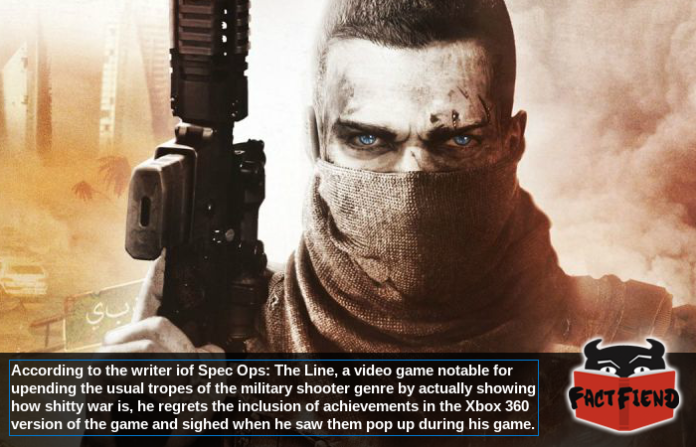 Spec Ops: The Line is a video game famous for shitting just all over the usual hacky cliches of the military shooter genre that was oh so popular in the early 2010’s. Unfortunately for the writers, just because they avoided those cliches, it didn’t mean all the other people working on the game did.

If you’ve never played Spec Ops: The Line the game basically deconstructs the usual banalities of modern shooters by actually showing you, the player, the consequences of your actions. The most infamous example being a moment in-game where you call in an airstrike on a fortified enemy position, obliterating the everloving shit out of it with searing hot white phosphorus. Now in most games would be a fairly standard set piece, however in Spec Ops: The Line the twist is that the airstrike accidentally kills several dozen innocent civilians. As if this isn’t horrifying enough, the game then makes you confront this fact by showing you the charred corpses of women and children caught mid-scream who’ve had their skin melted off by the bomb you called in. 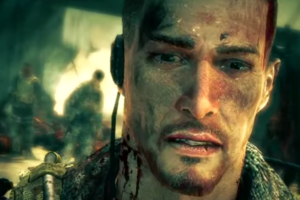 This is a running theme throughout the game with the playable character slowly realising over the course of your playthrough that his actions are turning him into a raging, psychotic asshole. The game is unique in the fact that this mental deterioration is represented through subtle changes in gameplay. To explain at the start of the game the player character, Captain Walker, looks and acts like your stereotypical video game military shoot-man. 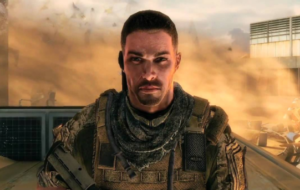 As the game progresses though and Walker’s mental state becomes ever more unstable not only does his uniform begin to deteriorate but the stoic professionalism he carried out his duties with also begins to erode. For example a gameplay feature is the ability to mark enemies for your teammates to shoot. Now early in the game Walker will issue a standard military-style command such as “take out that sniper” or the like, later in the game though when Walker has had enough everyone’s shit he’ll scream the words “KILL HIM!” like the sniper owes him money.

Likewise the game has an execution mechanic, again a fairly standard feature in games of this ilk, which similarly shows off how pissed off Walker is. For instance early in the game Walker will dispatch his enemies with a brutal efficiency, but otherwise seemingly take no pleasure in taking a life. Later on though and after he has been through the meat grinder of war, Walker seemingly takes his time causing as much pain and anguish as he can to his enemies. In addition the lines of dialogue uttered by Walker change from a generic “threat eliminated” to him literally screaming the word motherfucker as loud as he can whilst shooting an enemy in the back of the head. 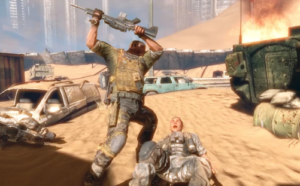 The point of the game then is to make the player question whether what they’re doing is “right” and turn the genre on its head. Something that’s kind of hard to get across when you’ve got shit like this popping up on your screen. 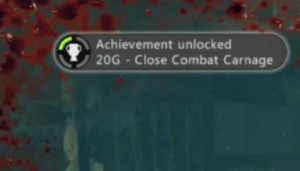 Not only is it immersion breaking, but it ruins the ambiguity of the game’s story and the moral quandaries it poses by literally rewarding you, the player, for blowing people’s fucking head off.

The game’s writer, Walt Williams expressed particular displeasure at the inclusion of achievements and how tonally incompatible they were with the game’s story and themes. According to Williams whilst playing through an early version of the game he audibly sighed whenever an achievement popped up and genuinely felt that the game would have been better if they’d all been removed.