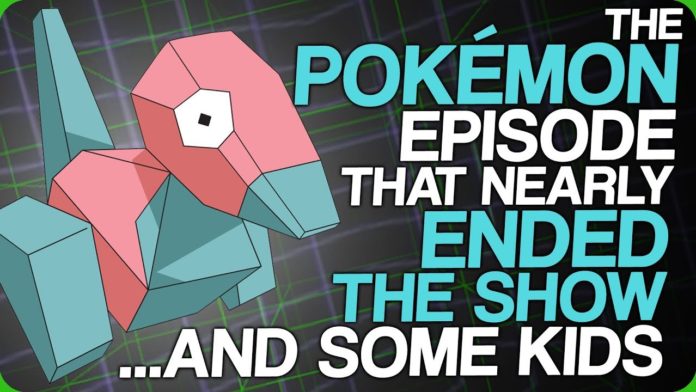 The infamous “seizure” episode of the original Pokemon anime, so named because it caused actual God-damn seizures, is one of the most controversial episodes of a cartoon in history. In fact it was so controversial fans were genuinely concerned that it was going to be banned and taken off the air forever. Leading to just one of the most adorable outpourings of collective grief.

Unless you’ve lived under a rock for the last 10 years, you’ll know that, that obviously wasn’t the case and Pokemon continues to be a global phenomenon with more power and influence than most world leaders. But we can’t understate just how damaging this single episode was to Pokemon brand.

If you’re not familiar with what we’re talking about, basically during the 38th episode of the original Pokemon series, Electric Soldier Porygon, there’s a brief segment in which the screen (without any prior warning) suddenly begins flashing, something you’ll know is a pretty fucking big deal if you’ve ever played any modern video game. According to hospital reports, the flashing was so intense that over 600 children suffered some form of seizure as a direct result. While some children recovered fairly quickly and suffered only brief discomfort, at least 150 were rushed to hospital suffering from intense skull-splitting headaches and fucking blindness!

Almost over night the Pokemon brand lost 5% of its value on the Japanese stock market and as the news began to spread, video store owners began hastily removing anything Pokemon related from their shelves to avoid any public backlash for stocking a product that literally made children go blind. The show itself was also put on hiatus for four whole months while the Japanese government tried to figure out what the hell was going on.

During this time fans of the show showed their support for the brand by staging small gathering in towns and cities across the country and singing the Pokemon theme song as loud as they could. Screaming at the very heavens themselves about how much they wanted to be the very best.

Apparently someone in the Japanese government heard these heartfelt pleas to not cancel Pokemon, condemning the hero of the story to an unending limbo where he could never achieve his goal of becoming a Pokemon master and the show was allowed to start being shown on TV again, albeit with a slightly changed, less seizure-inducing introduction. It has been on the air ever since.

Wait a minute, the seizure episode aired way back in 1997, which means Pokemon has been running continuously for 17 straight years and the main character still hasn’t achieved the goal he set out to accomplish in the very first episode. Oh no, he really is stuck in limbo he’ll never escape because he never managed to catch that fucking Porygon!