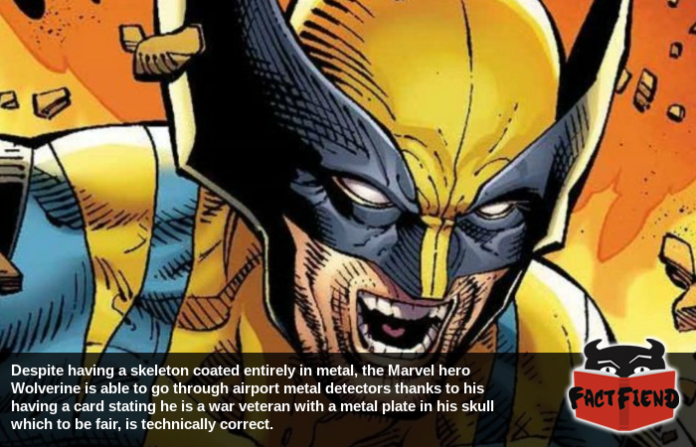 Wolverine is a Marvel hero with a hyper-accelerated healing factor, retractable bone claws and an indestructible metal skeleton. The latter of which you’d think would have a largely positive impact on one’s life because hey, indestructible skeleton. However, the hero has expressed on many occasions that his powers do cause a lot of trouble, especially at airports.

An important thing to note about Wolverine’s powers is that his healing factor and indestructible adamantium skeleton don’t actually work all that well together. In fact, in many comics it is noted that Wolverine’s healing factor would work better if he didn’t have adamantium-laced bones because adamantium is “virulently toxic“. Or to put it another way, Wolverine’s own skeleton is poisoning him. Which is ironically, all kinds of metal. 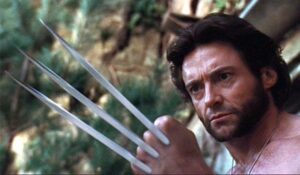 Hell, there’s even a comic where the adamantium coating Wolverine’s bones is forcibly removed by Magneto in one of the most one-sided comic beatdowns ever and it actually makes him more deadly. With the hero recovering from things like bullet wounds instantaneously after the battle, in effect making him harder to kill than when he had an indestructible skeleton.

In regards to the other downsides of Wolverine’s skeleton armour arguably the most hindering is the additional 100 plus pounds of bulk it adds to his frame. Which makes quite literally every single thing Wolverine does require a superhuman level of effort and exertion. As if that wasn’t bad enough, it also means that Wolverine can’t swim, well. Which sucks for him because drowning is notably one of the only ways Wolverine can be truly killed with Wolverine himself noting in one comic that his healing factor somehow makes drowning worse because it keeps his body alive as his brain is starved of oxygen. Something that doesn’t stop Wolverine leaping into the water when the situation requires it, such as that one comic where he decides to fist-fight a shark. 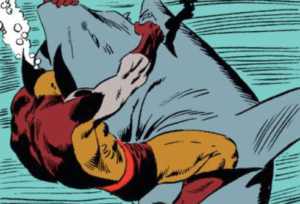 On top of all of this, the extra heft of Wolverine’s skeleton means he has to be careful doing near enough anything as he can accidentally injure people with simple gestures. However, this does mean that his strikes are notably more powerful, allowing Wolverine to punch and kick with increased force which is, something we guess.

However, probably the most inconvenient thing Wolverine has to deal with is metal detectors, which as you might imagine, go off constantly when he is around. So much so that Wolverine had to get a card identifying him as a war veteran with a metal plate in his skull to avoid getting harassed by the TSA. A fact that’s kind of adorable when you realise it’s technically true because Wolverine is a veteran of virtually every war in recent history as well as several secret ones. It’s also comforting to know that even Wolverine, a man with unfettered access to a bleeding-edge hypersonic jet, still has to fly coach sometimes.