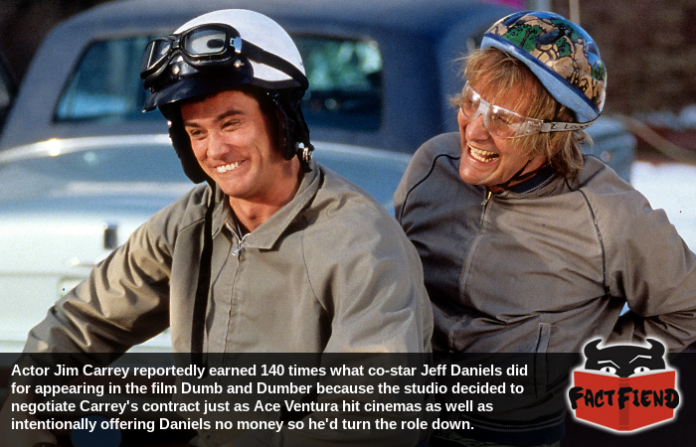 At the apex of his career Jim Carrey was regarded as one of Hollywood’s most bankable actors which allowed him to command millions of dollars for appearing in a movie. Weirdly, the first time Carrey earned a 7 figure paycheck it was the result of him doing absolutely nothing for several weeks straight when negotiating his salary for Dumb and Dumber.

You see, at the time the studio was doing the casting for Dumb and Dumber Jim Carrey was a relative unknown in Hollywood to the point when he was put forward as a potential candidate for the role of Lloyd Christmas executives had to ask who the fuck he was. To which the director’s responded, the white guy from In Living Color. A sentence that makes more sense when you look at a cast photo of the show. 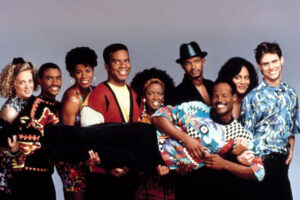 Anyway, the story goes that when Carrey first entered contract negotiations he was offered about $350,000, which his agent turned down and countered with an offer of $400,000. A figure the studio felt was far too high and responded to by stonewalling Carrey’s agent, reportedly in the hopes that he’d cave and accept the lower amount. A tactic that might have worked out if not for one thing. Ace Ventura: Pet Detective, a movie which grossed more than the entire budget of Dumb and Dumber on its opening weekend and made Carrey a household name overnight.

Not wanting to miss out on casting the hottest movie star in the world the studio quickly agreed to pay Carrey $400,000, which Carrey’s agents responded to by demanding $500,000 and stonewalling the studio. Which we bet felt amazing. Moving on, the studio, rather than agreeing to this relatively minor pay bump to secure Carrey, decided to once again scoff at the offer. A baffling decision given that Ace Ventura: Pet Detective was, at that point, literally the number one movie in America.

As you might imagine it didn’t take the studio long to cave and agree to the higher fee, which his agent turned down again this time asking for $700,000, which the studio, who really should have started to see a pattern by now, turned down. Long story short, after several weeks of negotiations, the studio ended up agreeing to pay Carrey $7 million for appearing in the movie. Or roughly half of the film’s total budget to act like a huge dumbass.

What makes this story all the more ridiculous though is that while Carrey’s agent was securing him 20 times his initial fee, his co-star Jeff Daniels’ agent was doing whatever the opposite of that is. We say this because when the role of Harry Dunne was offered to Daniels, his agent straight up told him it would ruin his career and told him to turn it down.

As if that wasn’t bad enough, the studio reportedly also hated the idea of casting Daniels and, in an attempt to get him to turn the role down, offered him just $50,000 for appear in the film. Their thinking being that the offer was so insultingly low, especially compared to the astronomical fee Carrey was being paid, that he’d turn it down. To everyone’s surprise though Daniels accepted the role without hesitation and made no attempt to negotiate for more money which resulted in Carrey being paid 140 times what he did.