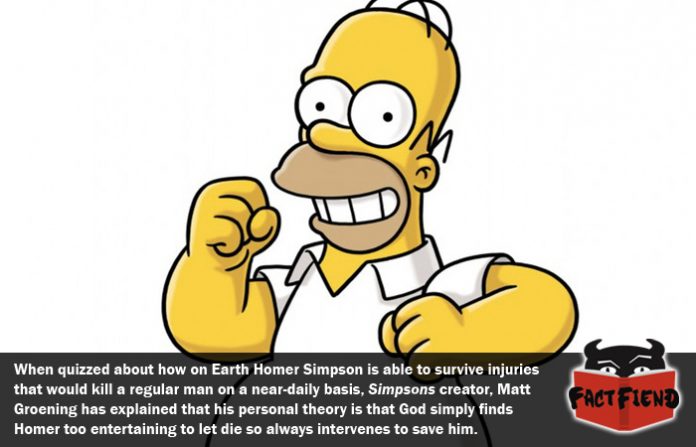 During the several decades The Simpsons have been on the air, Homer Simpson has nearly been killed about 3 dozen times and yet, continues to live. Most people would chalk this up to The Simpsons being a cartoon, creator Matt Groening however has a better theory, that God finds Homer Simpson too funny to let him die.

Essentially Groening, the creator and thus de facto authority on all things Simpsons, believes that within the context of the established Simpsons universe God intervenes on a constant basis to save Homers life whenever he does something stupid. This seems kind of stupid at first until you realise early episodes of The Simpsons have not only shown that the Alpha and the Omega exists with The Simpsons universe, but that Homer has met and spoke with him on multiple occasions. 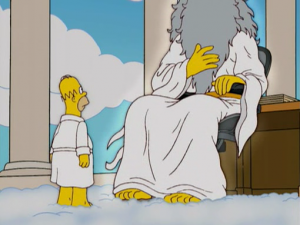 During their first meeting in an episode from 1993, God tells Homer that he’s going to die in 6 months. A statement fans have used to support a theory that almost episode after this actually takes place entirely in Homer’s mind because he’s in a coma, which explains why homer goes on so many wacky adventures, meets so many celebrities and most pertinent to this conversion, survives nearly being killed on a daily basis. Writers for the show have debunked this idea, calling it intriguing but flawed. So, like, how does Homer survive falling off cliffs and shit all the time? 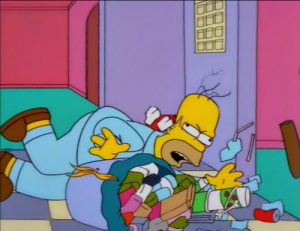 Well, Groening’s theory is that Homer is so funny that God won’t let him die and that he presumably also engineers situations for Homer that will amuse him, you know, like sending him to space or watching him fight the heavyweight boxing champion of the world. 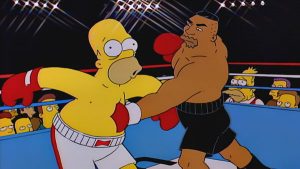 While amusing and a handy way of explaining how Homer can survive falling off cliffs, years of punishing his gut and liver with fatty foods and alcohol and being attacked by 4 wild animals at once … 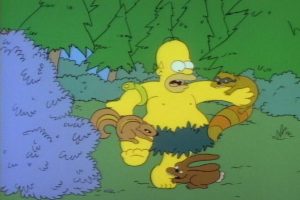 This theory does bring up a rather dark implication for The Simpsons universe, that the god that lives there is a cruel and uncaring one. You see, Groening’s theory is that God specifically finds Homer’s pain funny and intervenes to save his life not because he particularly gives a shit, but because he wants to watch him suffer some more. 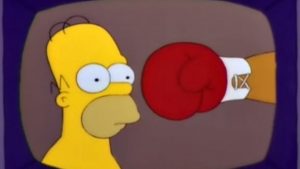 Of course this is just a theory. But it is a theory first talked about the guy who created the entire show, so there’s that.