This article on the ambitious acts of corporate dick-wagging that occurred between British superstores in the 90’s can now be found in video form on our YouTube channel. As per usual, the original article can be found after the jump.

Promotions are a common part of business and a crucial tool in the retailer’s arsenal to get customers through the front door, for example consider that time a store in the UK sold baked beans for negative money in the 90’s.

Before that, some background, in the 90’s several of the larger store chains in the UK were starting to see their profits dip thanks to an influx of super-cheap megastores selling all the same shit they did, only cheaper, often with a hilarious off brand name. 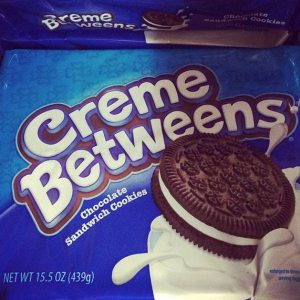 These stores made headlines (no, really) when they started selling own-brand baked beans for 7 pence (about 10 cents in superior, America money) a piece, a price that hadn’t been seen since the 70’s. Bigger stores collectively shit their pants at the news and quickly discounted their own, own-brand beans in a desperate bid tempt back shoppers lured away by the allure of cheap, sauce covered legumes. The 90’s were fucking weird, man.

In response the discount stores who we highly suspect had recently sold out of fucks to give slashed the shit out of prices for things like bread, milk and sugar, knowing that customers would flock to their store for the bargain. This again caused the bigger stores to follow suit, leading to prices for everyday essentials plummeting to the point a week’s worth of groceries could be bought for the money you’d find in the folds of your couch or mother’s back fat after she rolled around on said couch.

Now you’re probably wondering how in the hell the stores made any money selling products so cheaply and the short answer is, erm, they didn’t. The products were intentionally sold at a loss to get customers through the door with the reasoning being that they would, hopefully, then buy something else to offset that initial loss.

It’s actually a fairly common business practise. Sony for example sold the Playstation 3 at a loss knowing they’d make the money back in game sales a few years later. Likewise, as we’ve discussed before, ASDA (British Walmart) sold the final Harry Potter book for essentially the price they bought it for, knowing that is would score them tons of free publicity and public goodwill and it totally worked.

In this case though things got way out of hand and the stores involved, in a frankly astonishing display of corporate dick-waving, each refused to back down, this was a war and it was being fought with baked beans. Prices for beans got so low that they were literally paying their employees more than they were worth in the 30 seconds it took to put them on shelves. People bought them by the cartload, policies were introduced limiting customers to only 10 cans each, then 4 because small business owners were buying hundreds and then selling them on. It was chaos, bean covered saucy chaos.

The price war reached its climax when British superstore, Tesco announced that they would begin selling beans for just 3 pence a tin, smugly confident that nobody would have big enough balls to sell them at a lower price. Tesco executives barely had time to pat themselves on the back before the scraping sound of one Chris Sanders’ balls carving a groove in the pavement as he told papers he could go even lower.

Sanders in a move so out of left field he may as well have been doing donuts in the fucking car park undercut every store in the country, stores remember that were worth billions, by selling baked beans for negative two pence. He literally paid people to take them away. Even though he would have technically made money dumping the entire delivery straight into the trash, Sanders’ bold business decision inexplicably paid off and he saw a massive increase in business during the promotion. The news caught wind of the story, knocking the wind out of every other stores sails because seriously how the fuck would you even top that? and the price of beans slowly returned to a normal, less ridiculous price. Britain had survived the Bean Wars. That’s not us being sarcastic by the way, economists literally refer to that period unironically, as the “The Bean Wars” which is just fantastic.