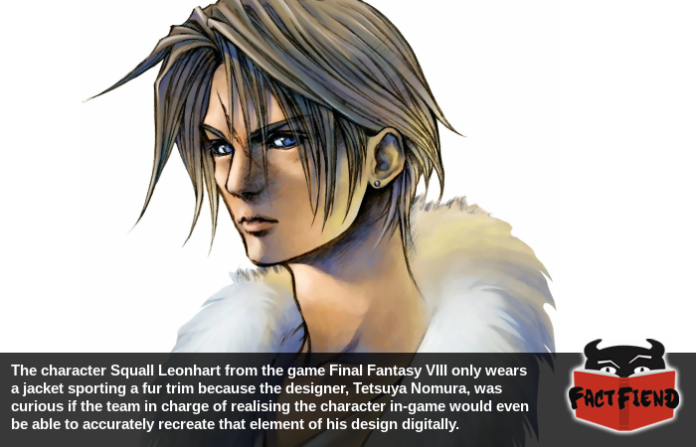 The Final Fantasy series is well known in the intersecting spheres of gaming technology for consistently pushing the technical boundaries of the various consoles the games have appeared on. For example consider the game Final Fantasy VIII, in which the main character wears a fur-lined jacket purely as a flex on the rest of the industry.

That character is Squall Leonhart, a young mercenary talented in the ways of war and a master of sandbagging questions with an almost heroic amount of indifference. 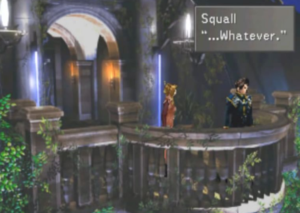 Like the protagonist of the previous game in the series, Cloud Strife, Squall styles on enemies with an impossibly unwieldy weapon. In this case, the gunblade. A weapon that is exactly what it sounds like, a sword with a gun built into the hilt. A weapon unsurprisingly described as being difficult to swing around with any degree of finesse without years of training and a dick that weighs 10 pounds. 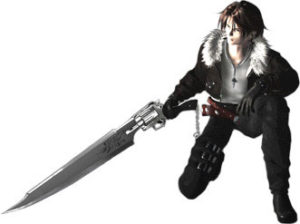 Before we move on, for everyone currently wondering what the point of such a weapon is, the idea behind the gunblade is that that you pull the trigger just as you strike an enemy, causing the blade part to vibrate and cause extra damage as it tears through their insides. No, it doesn’t make any sense to us either.

Now such an weird and visually striking weapon would have likely become one of the most identifying facets of the character if not for the fact he also wears a pimp-ass leather bomber jacket with a bitchin’ fur trim. 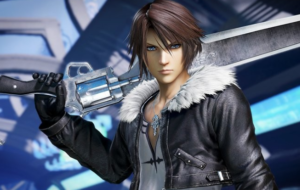 A jacket the character only wears because designer, Tetsuya Nomura, was genuinely curious if technology of the time could realistically render something that rad. Reportedly adding the element to the character’s design purely as a challenge to the game’s FMV designers. In fact, according to a persistent rumour Nomura intentionally made the ruff of Squall’s coat even fluffier than it was in concept art after being told this wasn’t possible as a fuck you to people who didn’t believe that his team could realise that amount of swag. A rumour we’re inclined to believe because holy fucking shit is that a baller jacket.